January home sales in the Lakes Region fell more than 43% from December but rose nearly 3% from the same period last year, figures show.

The increase in home sales, year over year, to 173 closed transactions brought additional good news to many home owners who had seen much of their home equity vanish after 2008 in this nation's worst economic crisis since the Great Depression.

The median price of a home in New Hampshire's Belknap, Carroll and Grafton counties rose 9.5% to $179,000 while sales volume rose nearly 16% to $45.5 million, according to market data supplied by the New England Real Estate Network Multiple Listing Service.

Local and area real estate brokers attributed the sharp month-to-month sales decline to the onset of winter, which finally arrived in January following two straight months of unseasonably warm weather. But with January's home sales off to a positive start year over year on the heels of an 11% sales bump in 2015, market watchers are forecasting more positive sales growth this year.

“In 2015…residential real estate, by and large had a good year”, the New Hampshire Association of REALTORS® wrote in it’s year end housing report.

“Save for a few expensive outliers where low inventory and high prices have become the norm, a balanced (growth) market is anticipated for much of the country for the foreseeable future”.

NHAR reported that a healthy, yearlong demand for housing was spurred on by an improving jobs market and interest rates that remained at historic lows.   The Federal Reserve raised its short-term benchmark interest rate in December and more increases are expected this year as the economy continues to improve, but NHAR wrote in its December report that the housing market appears to have accepted the inevitability of rising rates.

Most housing experts predict that additional interest rate hikes by the Fed will have only a negligible impact on long-term fixed rate mortgages, but a somewhat greater impact on adjustable rate mortgage loans in the months ahead.

Carroll County led the three-county Lakes Region in January sales with 63 closed transactions, up 28.5% from the same month last year, Grafton County was a close second, logging 59 sales, a figure that represents a 12% year over year sales decline.   Belknap County, which ended 2015 as the home sales leader, recorded 52 transactions, unchanged from January 2015, according to NEREN.

Meanwhile, the dollar volume of sold homes and condos in the three-county region also rose significantly with the modest uptick in year over year sales, increasing 15.76% to $45.68 million.

The combined median home price for Belknap, Carroll and Grafton counties rose 9.47% to $179,000, good news for sellers, but less so for homebuyers, who saw the region's homes becoming less affordable with rising prices, despite low home loan interest rates and an improving jobs market. Statewide, home affordability fell 2.8% in 2015 according to NHAR’s affordability index. NHAR's index measures the amount of household income required to qualify for the median price home at current market interest rates. The median home price statewide was $235,000, up 5.5% for the year, NHAR reported.

Housing inventory statewide was down 22.8% at the close of the year to a 6.1-month supply. Condo inventory declined 26.6% to a 4.7-month supply, according to NHAR’s year end report. The number of single-family houses and condominiums available for sale in the Lakes Region totaled 2,497 units, or a supply pipeline of 7.7 months, NEREN data shows.

Do you have specific questions pertaining to real estate activity in your neighborhood or community? Are you thinking of selling your home or do you know someone who may be planning to buy or sell a home in the near future?   Either way I can help. The real estate market is ever changing. What you don’t know about it could cost you time and money.   Contact me today by email or phone to schedule a free, no-strings consultation. Meanwhile, thank you for reading The Winnipesaukee Talkie (This column was originally published in the newspapers of the Salmon Press).

The Winnipesaukee Talkie is a real estate feature column produced by Randy Hilman, an award-winning former business journalist for The Tennessean, a Gannett daily newspaper located in Nashville, TN. Mr. Hilman today is an associate broker at Keller Williams Lakes & Mountains Realty, Wolfeboro, NH. He can be reached at 603 610-8963 or by email at rhilman@randyhilmanhomes.com

Hi Lisa:  Thank you for commenting. You are right about AR's value as a relocation resource.  I've used it for that purpose.

Randy Hilman, Associate Broker, GRI, CBR Thank you for sharing this in depth real estate market report.  This is excellent information for buyers and sellers alike! It is most professional!

Why thank you Jim Crawford for taking the time to comment.  I do a regional housing report once a month for eight local newspapers.  My column, as you probably noticed, is called The Winnipesaukee Talkie. Go Braves and Falcons. 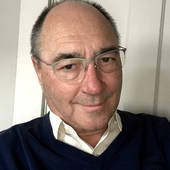