Is another Recession in the offering? Stocks have plunged, touching their lowest level since October 2014. With the glut of oil growing by the day the price for crude oil has tanked, and its about to get worse when Iran’s production hits the market. Retail sales are slumping, with the economic bellwether Wal-Mart closing 269 stores. Back in September, I wrote about China’s falling stock market posing a potential double edge sword for real estate here in the Bay Area. Since 2014, China’s market has fallen 40%. In May I suggested, “as the NASDAQ goes so go the Bay Area home prices”. Since May 2015 the NASDAQ has fallen 12.5%. Sure enough, real estate values have cooled, but each area is different. Trendy neighborhoods under $4 million haven’t been affected though others have.

What does this all mean for real estate prices? That’s a very good question. Because San Francisco is an international city, and the dollar has remained strong compared to other currencies coupled with the robust local economy fueled by high- & bio- tech companies, the question of whether we’re in a correction hasn’t concerned me much.

All markets correct and ours will again as well. Google (GOOGL) is down 12.5%, Apple (APPL) has dropped 37% from its high last summer, LinkedIn (LNKD) is down 23%, Facebook (FB) is down ~14%, and Palo Alto Networks (PANW) is down 29%. Ouch. In my humble opinion, should the stock prices of the local companies continue to drop, so will real estate values. But I believe any correction would be short-lived because the local company giants will bounce back quickly and pull the real estate market along with them.

Alphabet is strong. Investors are just waiting for a slack to pick up more in their portfolio at selected neighborhoods.

Pacifica  is certainly a suckers heaven... 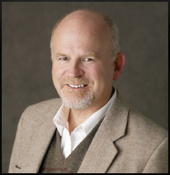