This winter we wanted to save money on our heating bill. My husband bought all new Honeywell Programmable thermostats. We set the thermostats to go down to 64 degrees.at 10:00PM.About a week ago around 2:00AM we were awakened tb an obnoxious chirping. We knew it was a smoke alarm. Thus began a week long odyssey to stop the chirping that would start anywhere from 1:00AM to 3:30AM. First we changed the batteries on the second floor smoke alarms where we recently built an addition assuming the batteries were the problem. Well the next night the chirping began again taunting us. After a terrible nights sleep we called Kidde customer service for help. They asked if the batteries were old,.They asked about the expiration date on the batteries, and when we told them they said we needed fresher batteries. So off we went to buy really fresh batteries. Well we were really smug now that we had replaced the batteries again. Alas, we were awakened by the chirping again in the early hours. Our desperation was growing. Next day back on the phone with Kidde customer service. Told them that we realized that the chrping only happened when the thermostats lowered the night time temperature.

Asked if the drop in temperature could start the smoke alarms chirping. We were told that if the batteries were old yes the temperature drop could cause the chirping. The batteries were not old. Started to feel like we were in a Twilight Zone episode. Now we raised the night time temperature to 67 degrees. We actually got through a couple of nights without the chirping. Whew! Just when we thought we had conquered the chrping thermostat it was back. Now we were really desperate and once again we called Kidde customer service.

We were told that if we had checked all the smoke alarms the chirping could be coming from the cable boxes or some other appliances where the back up battery was weak. We started to search each room seeking the chirping culprit. Finally we entered my daughters room and there on the ceiling was the smoke alrm smiling down at us chirping every 30 seconds. We had looked in the room a week ago and missed it. A white smoke alarm against a white ceiling. This smoke alarm in my daughter’s room had been driving us nuts for a whole week.Tonight will hopefully be the first chirpless night. So what did we learn. Batteries must be the right expiration date, temperature can affect smoke alarms when the back up battery is weak, and smoke alarms should be replaced after 10 years.

Key point smoke alarms last about 10 years, our chirping usually comes from the CO detector, that seems to eat batteries every few months.

Good morning Nancy,  nice learning experience...Thanks for sharing with us.

If I hadn't lost so much sleep it might have been laughable. 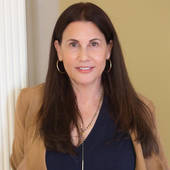