By now you've heard about the big property tax cut the folks in Austin are hyping - the largest in the state's history, they say.

But don't expect a sweepstakes win with what state lawmakers have delivered.

Indeed, for most Dallas homeowners, the first year's savings will buy only a tank of gas for a full-size SUV.

That's right. The state's much touted school property tax cut won't be the thousands of dollars politicians have bragged about.

What a shock! Who knew?

The people at the Dallas Central Appraisal District, that's who.

A copy of the appraisal district's internal newsletter spells out in exact dollars and cents how much Dallas County homeowners can expect to get in the much-ballyhooed property tax cut.

That's not enough to pay for a weekend at Six Flags for most families.

And it's certainly not the windfall state legislators were hollering about.

But with many Dallas County homeowners seeing increases in their properties' appraised values, a large number of folks won't see a dime of the so-called tax relief.

Local taxing officials are dreading the public's reaction when they see what kind of tax savings they really get.

"In preparation for tax statements going out in October, and some of the public being of the belief that they will receive large slashes in their property tax bills, the tax collectors around the state are currently developing a statement that as briefly yet as thoroughly, accurately and understandably as possible will explain the true impact of the legislation," David Childs, Dallas County's tax assessor-collector, said in an e-mail.

"Staff will then be trained in how to respond to citizen confusions, misinformation and misunderstandings," he said.

They'll have a lot of explaining to do.

Of course, anyone who believes it when government says it has done you a big favor is loony in my book.

A Dallas apartment development company has set its sights on a Cityplace-area building site.

Criterion Development Partners has contracted to purchase a vacant tract on McKinney Avenue just north of Blackburn Street. The land is adjacent to the Mondrian apartment high-rise.

Criterion is working on plans for a mid-rise residential community on the property.

The company was founded in 2004 by W. Pretlow Riddick with operations in Dallas and Austin. Criterion started with a joint venture with Boston-based General Investment & Development Cos. to build $250 million of apartments in Texas and the Northeast.

The developer has projects under way in Massachusetts and recently announced a 293-unit apartment community near Austin.

The Colleyville-based real estate firm has teamed up with developer Poynter Scifres Cos. to buy 6.6 acres on State Highway 161 for the project.

The two-story office project will contain about 106,800 square feet.

And Charles Blaylock Realtors is having its 50th anniversary.

Mr. Blaylock was a Dallas firefighter when he started his real estate sales business in northeast Dallas' Casa View shopping center in 1956.

He's still at it and uses the moniker "King of Casa View." 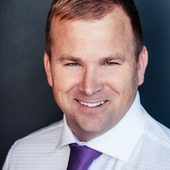