Two storms are on the way this week, after our Superbowl weekend and as the work week starts -- just like last week.

Watch for ice daming, as the days are warm and our nights are frigid cold. So, details:  Here we go again, in our new early week snow pattern on the heels of Snowstorm "Lexi" that was NOT a dusting, but shovels full of snow early last week.  Be aware of flooding threats as we get quick mini snow storms that melt quickly or change to rain.

Two storms are coming our way to the East Coast in a "Nor'easter pattern on Sunday Night into Monday morning, with a second wave through Tuesday.

This next "two-fer" system came up the eastern Gulf of Mexico Saturday and it is strengthening quickly off the Southeast coast along the Carolinas today. The track of this offshore low is still a bit uncertain and will determine the ultimate impact of these two weather systems along the East Coast, past us in New York and Connecticut, to the Northeast. Last week's Winter Storm "Lexi" has signaled the beginning of a pattern change, according to our great Ph.D and other meterologists at The Weasther Channel.  These changes opened the door for a more winter-like setup across much of the East, in the coming weeks.  Didn't the groundhog see no shadow and Spring is coming early?  Hmmm!?

This two-pronged weather pattern at the beginning of our Feb work weeks and this week will not bring us  2-3 feet of snow from a single giant storm.  But, rounds of snow from multiple storms will create travel delays in the northeastern United States during the first part of this week.

These two episodes of snow will cause slippery roads, airline delays and disruptions to our school and work activities, yet again.  The first one today is a biggie, but will really impact Long Island in eastern NY, brushing the City with a dusting tonight, Connecticut and points north. In New England, Superbowl fans may be shoveling up to a foot of snow with a hangover tomorrow morning, on the Cape and up through Boston, Down East in Portland and northern Maine.

Even in the absence of a single major snowstorm, this bigger first wave of snow and ice and the 2nd into Tuesday morning will cause havoc.  The storm Sunday will swing out to sea, but still catch southeastern New England with snow and wind on Monday.   Roads will be mainly wet during the first part of the storm in this swath from Washington, D.C., to Philadelphia and New York City. However, as temperatures lower and road surfaces cool, roads will become slushy and slippery. As the storm progresses into Tuesday, a general 1-3 inches of snow will fall with locally higher amounts. Amounts reaching or exceeding 3 inches are most likely over the mountains, but a zone of moderate snow can extend to the mid-Atlantic coast as the storm strengthens.

HI Hillary,,,and here in Southern California, we are experiencing a heat wave for the next 7 days,  pretty much in the low 80's...sorry....

Yes, I'm not happy abt this as it may mess up my appts...including my hair appt.

I am hoping we will see clearing for Wednesday as I will be headed to D.C. Hillary Sheperd . I don't want a repeat February.

Hi Hillary - what messes up my appointments is not the cancellations but the time I spend clearing walks and driveway.

Grant...exactly! We cannot even get out of the driveway, then we have to drive slowly for conditions. Its tough to get to clients. Hang in there!

Doug...just snow showers tomm. Travel safely to D.C., out of the mess in Mass, I'll bet!

We got hit on Sunday and Monday but lucked out on Tuesday with no snow. It's been so mild so far....I'm hoping we return to those wonderful spring like temps soon!

Thanks, Sharon. Yeah, where is our early spring the groundhog promised. 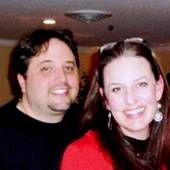