I'm sitting here biding my time until the big game begins.  It's been a quiet two weeks since the two contenders won the right to play for the NFL Lombardi Trophy.  The only real hype has been whether the aging star, Peyton Manning, will ride into the sunset with as many Super Bowl rings as his Brother Eli Manning or if we are now on the dawn of a new era lead by The Future Cam Newton.

It also matters to the fans of both teams and the businesses in the cities they reside.  I guess it does matter to the fans of the NFL and also those that just enjoy the big party that comes once a year.

I guess it matters to the fans of Music or the bands and acts that will be playing.  I guess it matters to many people around the world too.  Not as much as in America but it seems like American Football is now catching on in England and most likely other parts of the world.  I know that there are many Soldiers in America and stationed around the World that will be looking forward to the relief and enjoyment that the Super Bowl offers.  There must also be many people from America living abroad that are looking forward to our biggest sporting event of the year.

But is the Super Bowl really that important? For me, it may not matter....I'm no football fan, but as you say it effects others moods and financially. My son is working in a family pizzeria and says the takeout orders will be the highest today!

The comercials are usually worth it!

Rob D. Shepherd what an incredible con they've pulled off with the Super Bowl commercials.  Quadurpled the price and made them the big event for many people.  They play them on TV shows as a news item but I know they are paid to play them.

To the people and any one making money from it YEA~

Tony Lewis Commercials and half time show good to watch in Super Bowl.

eh, not so much.  But there wasn't anything else on I was missing so we watched. 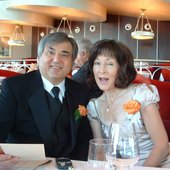