How many times do you remember walking out of a job interview or meeting with a client and just not feeling like you nailed it? Did you feel like you didn’t quite get across just how personable and professional you can be? That very feeling is why first impressions are so important for business. In fact, it’s arguably the most important thing.

It’s the classic “judging a book by its cover”. Within the first few seconds of meeting anyone, whether it’s business or social, they are judging you on your appearance, body language, demeanor, mannerisms and how you’re dressed. One of the most intimidating parts of making a first impression is, it is a very hard thing to change.

Our society often stresses the importance of a first impression, pointing out that you only have one chance to make a good one. But is that an overblown statement?

1. The Imprint On Your Brain

A new study reported by Psych Central states that a first impression might actually be more powerful than facts. For example, one part of the study found that even when told whether someone was gay or straight, people would still judge their sexuality based on their appearance - even when they were presented with the real answer. In other words, people tend to trust their gut feeling over everything else.

Author Malcolm Gladwell points out in his book, Blink, that first impressions are found to be pretty accurate and can stand the test of time. He called it “thin-slicing,” which states that humans are able to make a quick and accurate judgement when meeting another person for a few seconds. He provides examples of this such as students being able have a great sense of whether a teacher will be a good one or not.

2. They’re Not the End-All And Be-All

It is undeniable that the human brain quickly jumps to conclusions when first introduced to another person. But there are some people who think that these first impressions can be inaccurate and should actually be avoided.

Other behavioral economists, such as Dan Ariely, argue that first impressions can’t be trusted. It can be argued that a first impression creates a bias that thereafter affects any judgement you make about a person or product.

3. Use Them To Build Your Brand

So while the validity or morality of using first impressions might be up for debate, one thing is for certain -- people make them. Those critical first few seconds when you are meeting with a client or an employer or even someone in your social life can determine what they’ll think of you from that point on.

It’s a fine line to walk. You want to be professional, friendly, engaging, intelligent and all of the things you want your client or employer to see.

It’s innate for people to make a first impression and, right or wrong, it is critical that as a business person you make a good one on everyone you meet. But there’s no need to have anxiety about it. Making a first impression is mostly common sense. With a little more thought and preparation, the next time you’re going into a big meeting, you’ll be able to win anyone over right off the bat.

Not sure what to practice? Learn 5 great body language tips to network better.

Shaun Nilsson so true! When I meet a buyer, I 'jump to conclusion' almost immediately if it's going to work or not! (And of course I still continue to work with them to find out at later date - my first impressions were right.)

Like
favorite_border 2
Mark Organek
And the United States of America - Mesa, AZ
It's not a game, it's your life.

I love the last part about using the impression to build your brand.  Now I know for certain that my two month overdue "do" is ready for a haircut!

Shaun Nilsson so true! When I meet folks, I often jump to conclusions almost immediately. May not always be right.

Excellently researched! You make some valid points..I've always believed first impressions matter..hard to change the perception. I feel this principle applies to when a listing comes on market..make it the best from the start!

Great point!  And I agree!  See my other post about that very same topic.  http://activerain.com/blogsview/4827536/4-reasons-why-a-great-photo-gets-your-listings-sold

I remember from my school days that we could, in a minute or two, tell whether a teacher was going to be good or not!

I love the post. It is important to me a good first impression when we go fo a listing appointment.

I learned at a very early age through my parents that one should not judge a person based on appearance, or how they are dressed.  My grandparents owned a successful local neighborhood market, they could pay cash for everything and they didn't "dress the part". My parents ( mom was an attorney, dad was a college professor) live a very humble life and spent most of their time doing charitable deeds and contributing to our community. I can see past the clothing and the appearance, what I cannot see past is the attitude. Although I can work with many personalities, its the attitude that gets to me. I sell homes in a city where the average home is $150,000. I still smile when I think of my million dollar seller who refused to list with luxury home experts in his area and listed with John and I because of the "down to earth, non judgemental attitude" he says we brought to his meeting. That was my first Million Dollar Listing. This owner was a man who dressed in jeans and a button down shirt, drove a regular truck and never spoke about his finances or flaunted what he had.

There is a reason why better looking people on average tend to get jobs faster and earn more...

First impressions are so important.  Also, going with your gut feeling is usually the right choice.

Like
favorite_border 1
Laura Filip
Laura Filip Broker , Opening doors for All Seasons of Life - Whitesboro, TX
What can we do for you today?

Thank you for sharing your thoughts with us. Very insightful post, will bookmark it and return to read more of the links within.

It's interesting with first impressions - I can think of four people whom I did not like the first time or two that I met them and then we became great friends. I agree with business such as in meeting a client that we have to give our first our all.

Hi Shawn; how true..love the last part.  Thanks for sharing with us.

Hi Shaun Nilsson there's actually a step ahead of this, and that's a "virtual" first impression.  You have to pass that test in many cases before you get to the face to face first impression.

I sometimes include a family photo as part of justifcation to make an offer. Give seller benefit of the doubt.

Most after the first few minutes you get a good idea, how the mutual interest goes.

Good points, it is very difficult to get past a bad first impression, the mind wants to find evidence from then on to reinforce this impression. 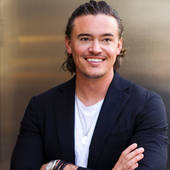