"Just WIN baby!" That's one of my all-time favorite football quotes from the late Al Davis, Hall of Fame owner of the Oakland Raiders. His mantra was simple, "whatever you do, WIN!"

Here's your challenge: In everything you do today, judge it simply by winning and losing. Did my closing disclosure get out 5 days in advance? If yes, you win! If no, you lose! No excuses. Don't try to explain what happened. Don't blame someone else. Accept the situation for what it is, a loss. Now, do whatever you have to do to make a change. What can you do to make it a win?

Did I hit my goal of five applications this week? If yes, you win! If no, you lose! Again, accept the situation for what it truly is. What HAS to change to make it a win?

Another favorite quote of mine is from Bill Parcels, another Super Bowl Champion and Hall of Famer. As the coach of the Dallas Cowboys, Parcells was celebrating a win, but at the same time he was particularly upset over the sloppy way they got there. He said, "Winning is a great deodorant.  It covers up a lot of stink!"

Just because you're winning, doesn't mean you're perfect or doing it the right way; often times that's far from it.

You may have a great funding month, but if contract dates aren't met and customers are complaining, something stinks! It's easy to brush it off and say, 'Yes, but I closed > $1 million' and be satisfied. Unfortunately, that's not good enough. What's stinking in your origination plan? What are you doing to change it?

Tags:
are you winning

Great way of thinking about it, much along the lines of don't try, do.

What is the bottom line over time? That measures success rate.

How smooth in getting there is how skillful you are. A little bit of luck always carries a little more momentum..... Fowl play impies one needs to practice more to perfection. 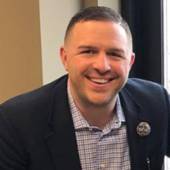