Southwest Louisiana celebrates Mardi Gras in style! Lake Charles is second in the state of Louisiana only to New Orleans that celebrates Mardi Gras with parades and many fun festivities. There are over 50 organized Krewes in Lake Charles. Lots of people who are not from Lake Charles ask me what a Krewe is. A Krewe is any group or organization of revelers that band together to host a Mardi Gras ball, ride on a Mardi Gras parade float and participate in social events throughout the year. Krewes usually have a Krewe Captain and/or founding organizer with a designated group of Board members who oversee the planning and behind the scene activities of the Krewe. Lake Charles Krewes are very family friendly and many of the socials during the year involve children of the Krewe members.

During the Mardi Gras season each Krewe celebrates with a Ball and Royalty! This year I was honored to represent my Mardi Gras Krewe (Krewe du Lac) as Queen Katherine XXXIII! When you serve on the court you really get a behind the scenes look of the planning and grandeur that goes into the Mardi Gras Ball, parades and other festivities. Most of the krewe courts are a secret to the public and the royalty is not announced until the night of the Ball when the court is presented. Until that time the King, Queen, Dukes and Duchesses have lots of planning to do! There are ball gowns to select, costumes to organize and of course, the King and Queen must select a crown and scepter and pose for formal pictures in their elaborate capes and mantles! Here is a little glimpse of my behind the scene preparation for my role as Queen of Krewe du Lac 2016 . The first time I put the feather mantle on was a "WOW" moment, it weighs about 35 lbs! The feathers are added to the mantle and the whole thing hooks over your shoulders and is strapped around your back to help you hold it up. It takes some time to get used to walking in it and get your center of gravity! The royal cape is hooked to the back and it drapes behind you so that is a little bit more added weight distribution to get used to. There is usually a theme for every Krewe Ball and/or each group of guests which is most often unique to the individual court member. The theme for my guests attending the Krewe du Lac Ball was "Hog Wild for Queen Katherine" and that is because I'm an alumni of the University of Arkansas. Everyone knows my love for my Razorbacks! Invited guests gather at decorated tables and the Ball begins with the presentation of the Royal Court! The moment arrives when the Dukes, Duchesses, King and Queen make their grand entrance and greet the guests of the Ball with a wave of their scepter. Royal duties don't end when the Ball concludes. There is also a Gumbo Extravaganza as part of our City of Lake Charles Mardi Gras festivities. This is a fun event when attendees can sample over 30 types of gumbos and it draws a lot of residents who are not members of a Krewe. Of course there is a competition and a trophy awarded to the winning gumbo. This year our Krewe du Lac team won first place in the chicken and sausage category! I enjoyed seeing one of my past clients that I sold a home to at the Gumbo cook off and they were excited to have a picture with their Realtor the Queen! Lake Charles is also the only place in the state where the public is invited to see the ornate costumes the royal courts from all local krewes in one place, both at the Twelfth Night evening, usually held on January 6 each year, as well as the Royal Gala, held the evening before Mardi Gras day. So if you are not a member of a Krewe you can get an idea of what fun Krewe members have and get a glimpse of all the pageantry. The Royal Gala is a sight to behold where the public can view all the spectacular costumes and giant feather mantle-pieces of over 50 Krewes. Its very colorful and each Krewe's Royal Court is presented! This is like the Cinderella night of Mardi Gras and I was so excited to make my walk around the Lake Charles Civic Center with my royal court! As Mardi Gras gets closer, Lake Charles has a Merchants parade, Childrens parade and on Mardi Gras day the Krewe of Krewes parade. Riding on a float is fun experience with many festive revelers riding on board. The floats are large and are pulled by a big rig truck which can hold several Krewe members. There is usually a walk-way in the middle of the float and along the sides are large hooks or pegs where the float riders rack their Mardi Gras beads to throw! Throw, throw, throw, thats what you do and the crowd screams for beads!! Mardi Gras is just one of the highlights Southwest Louisiana residents enjoy during the year.  I always enjoy sharing a little glimpse of Lake Charles Living with new residents.  If you are relocating to Southwest Louisiana, give me a call today Marilyn Boudreaux, Century 21 Mike D Bono, 337-499-9592 I never heard of a krewe, or have been to a Marti Gras but you photos did take me there. Beautiful!

Hey, Queen Katherine!  You look amazingly beautiful in your full royal regalia!  And I am really impressed that you can balance those feathers on your head.

Thank you, it did take some practice the mantle collar piece weighs about 35 lbs!!

Hi, Marilyn!  I included this post in todays Last Week's Favorites.  Have a great Valentine's Day!

Hi Marilyn - I love the pictures of Kewes.  I have spend lots of fund time in the area sense I have a restaurant client in Des Allemands.

Great post and pics!  What a glorious day and event!  Did someone say "Gumbo" ?!?  LOL

You look absolutely magnificent, Marilyn.  What a great photo and great title for your business.

Good evening Queen Katherine! Your photos took us all there and back! Thanks for enlightening us all! Can't imagine balancing those feathers!!

Thanks Dorie, it certainly took some practice walks to get used to the feather mantle !

Thank you for commenting!

Thanks Patricia I may change it for the Mardi Gras season next year which will be a little longer, this year was such a short season!

Hi Marilyn, I popped over from Patricia's reblog.  The pictures are great, looks like a fun party. Made me think that maybe I should visit there one day!

Marilyn Boudreaux looks like LA has got best of everything this month - Mardi Gras and Keller Williams Family Reunion (16th Feb is the last day...)

Beautiful queen I must say. So glad you described in depth about krewes and how they function. I so enjoys your post on lake Charles carnival season.

Wow, you really know how to celebrate in Lake Charles Marilyn, thanks for sharing the festivities! 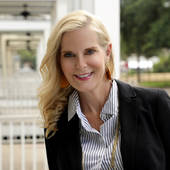