Remember when it wasn't a crime to make a profit?

....when someone found a recipe for success, you would strive to emulate that behavior so as to have a duplicate result? Better yet, you'd do it better than the other guy, thus raising the bar and challenging others to compete.  If they failed, you rode the wave of success.  If they succeeded, you stepped up your game, so as to rival them once again.  This is the way of a free market economy.  "Lead, follow or get out of the way"-the saying goes.

It is good to lead because you receive the spoils of victory.  It can also be good to follow as a rising tide lifts all boats-but, be sure to avoid being critical of the leaders success...being a follower requires having modest goals and knowing ones limitations.  Getting out of the way?  That, represents failure.  You do remember failure don't you?

That's the thing that happened when you were less than a success, and people pointed at you and said nasty things behind your back.  Then, you either moved on to other things....or, you died trying again, and then again......

).  There are no wrong answers (there really are, you just can't hurt the feelings of someone by telling them they're wrong).  Somewhere in time we began to allow the losers to define these terms.  I think it's time we took them back.

What of success?  We envy someone who is successful, until they become too successful.  Then we learn that success has nothing to do with how much effort a person expended, nor how many times someone fell short, backed up and dusted themselves off and started over.  Success only happens because someone is "lucky."

There is a wonderful quote attributed to the great golfer Arnold Palmer when he was asked about a "lucky" shot.... he said:  "It's a funny thing, the more I practice, the luckier I get". 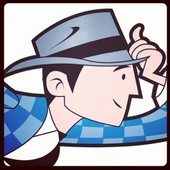