Are you moving to Wasilla Alaska?

Here is a list of new homes for sale added just this week!

Check out the new homes by clicking here. Your List of this weeks fresh new properties added for sale in Wasilla Alaska..Looking to buy, sell or need any information? Give me a call, text or shot me a email 907-351-9434.. In the meantime take a look at these new properties and enjoy the sunshine today.

Wasilla Alaska is great city located about 45 miles outside of Anchorage, with wilderness and outdoor living and in most subdivisions you can ride your four wheelers and snowmachines. It is a true getaway yet close to Anchorage for the easy commute. Below are just a few things you can do in Wasilla along with shopping, dning and more we have it all. What is now called Independence Mine was once two mines: The Alaska Free Gold (Martin) Mine on Skyscraper Mountain, and Independence Mine on Granite Mountain. In 1938 the two were bought together under one company, the Alaska-Pacific Consolidated Mining Company (APC). With a block of 83 mining claims, APC became the largest producer in the Willow Creek Mining District. The claims covered more than 1,350 acres and included 27 structures. In its peak year, 1941, APC employed 204 men, blasted nearly a dozen miles of tunnels, and produced 34,416 ounces of gold worth $1,204,560; today $17,208,000. Twenty-two families lived in nearby Boomtown, with eight children attending the Territorial School in the new bunkhouse.

Learn what it was like to live and work in one of Alaska's largest gold mining camps.

Take a self-guided interpretive tour through the mine camp.

Near Wasilla, Knik boasts a rich sled-dog history, since it's the home of many Alaskan mushers and checkpoint 4 on the route. For more information about this uniquely Alaskan race, stop in at Iditarod Trail Headquarters. The log-cabin museum's most unusual exhibit is Togo, the famous sled dog that led his team across trackless Norton Sound to deliver serum to diphtheria-threatened Nome in 1925 - a journey that gave rise to today's Iditarod.

Outside, you can get a short sled-dog ride  on a wheeled dogsled. The Iditarod, a famous 1100-mile dogsled race to Nome, begins in Anchorage - but only for the sake of appearances. At the end of a short run in Anchorage, the teams wave goodbye to the cameras, pack up their dogs and sleds, and drive to snowier country up north for the 'restart.' Wasilla serves as the second official starting point for the race, though the lack of snow often pushes the restart north to Willow. 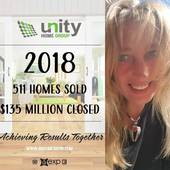