Last night, the Smith Mountain Lake Regional Chamber of Commerce had it's monthly Business After Hours.   These events are always quite popular and usually have a good turnout of local business people.   It is a fabulous way to meet and greet people in like occupations as well as to introduce yourself to some of the unique vendors in the Smith Mountain Lake community.

Of course, most of you here in ActiveRain and many of my blog followers are familiar with the Business After Hours concept and attend their local events frequently.   So, why am I making this particular one the focus of my blog today ?   Well my friends, this one was special;  I mean really  special.

We gathered at one of the largest restaurants here at the lake and yet were squeezed in like sardines.   Yes, I actually heard more than one person describe it that way.   It was so crowded that when it came time for the speakers to make their presentations, they had to go out the emergency exit and walk around the sidewalk in the cold to get to the front of the room.

When they started the welcoming messages, it was so loud in the room that a fellow had to let out a screaming loud whistle to get everyone's attention directed to the speakers.   Once it quieted down, the night's activities proceeded with great fanfare, lots of joy and pride as well as some tears.

What could bring out this big crowd you ask ?   Why were people shedding tears ?   Who was the star of the show to bring out such a response ?

There were actually three events of great community impact being presented and acknowledged on this special evening.   The first one was the unveiling of this year's "Official Guide To Smith Mountain Lake".   It is a fabulous magazine full of information about the lake area put out by the Smith Mountain Lake Regional Chamber of Commerce.

It may not seem that big a deal until you find out more about this specific issue of the guide.   When it was revealed, the tears began to flow.   Why; because of the cover and who's artwork was on it.   The cover of the guide features a painting of the lake and Smith Mountain created by the Executive Director of the Smith Mountain Lake Regional Chamber of Commerce.

For those of you that don't remember, our Executive Director, Vicki Gardner, was the lone survivor of the horrendous shooting incident that occurred here at the lake and took the lives of a local news reporter and camera man that were interviewing her about the area and upcoming events.   Many came out tonight because they wanted to see her back running the show.

It was all hugs and well wishes for her continued recovery as we all celebrated her return.   Having her in charge at this time is especially important because of the third event being celebrated tonight.   This event was brought about by plans that began to be made in the  1 9 2 0 ' s .

That's right; this third event is the culmination of plans that began when the Roanoke-Salem Power Company began purchasing land in the 1920's because they believed Smith Mountain had possibilities as a hydro electric dam location.   In 1954, the Appalachian Power Company purchased the rights to build a dam and began the massive construction project in 1960.

In just three years, the dam was built and the lake began filling in 1963.   It took over two and a half years but on March 7, 1966, the lake was declared to be at it's normal mean of 795 feet above sea level which is referred to as "full pond".   Since that time, the area surrounding the lake has gone through many transitions and considerable growth to become the community we acknowledged tonight.   It is why visitors often become future residents.

The third event is a year long celebration of all that is and all that makes up the Smith Mountain Lake environment.   There are special shows and festivals.   There are all sorts of competitions and community gatherings.   There are once in a lifetime events occurring all around.

This evening was truly a special night.   To have Vicki Gardner back in her dynamic role as a community leader was so sweet after what this area went through last year.   But the star of this event is the lake itself.   At a special ceremony to be held at the Smith Mountain Lake State Park on March 7th, a historical marker will be set to commemorate the lake's 50th birthday.

I was here when the lake was just a river.   I have seen all the changes over the years.   I love it here and invite all of you to put Smith Mountain Lake on your vacation getaway plans during this special year.   Come see what we are so proud of in this community as we celebrate our lake that is . . . . .

50 years old and looking better than ever

with a bright future ahead.

Deanna Early is the # 1 ranked Mortgage Loan Originator in Franklin County, Virginia as scored by the ActiveRain real estate site.   She is a Nationally Licensed Mortgage Loan Originator for American National Bank and Trust located near Smith Mountain Lake, Virginia.   She does both purchase and refinance loans throughout the state of Virginia.   She is a residential loan originator and provides home loans, construction loans and lot loans as well as second or vacation home loans and investor financing.

Please visit her website at   www.DeannaEarly.com   and learn more in the Virginia Mortgage Blog.

The views expressed in this post are mine only and do not necessarily reflect the views of American National Bank and Trust Company.   Any scenarios presented are for illustrative purposes only and are not intended to refer to or represent any actual or specific clients, negotiations or financial transactions.

Deanna-What a great write up for your area. I can understand the tears and the pride. I learned a lot from reading this. Smith Mtn Lake is indeed a beautiful area. Never knew it started out as a creek. Interesting.

There is so much history here that visitors find fascinating.

And we are going forward into the next 50 years with great anticipation and plans for the community.

Good morning Deanna. The only time I participate with a chamber event is when I am asked to be a speaker, otherwise I don't attend any chamber functions.

Our chamber is extremely active but only as good as the participation of the community.   Maybe you should get out more.

What a terrific recount of all the exciting things happening with your chamber. I know they are glad you are a big part of their success and others like you.

The excitement lasts ALL YEAR so I hope some Rainers will come visit. 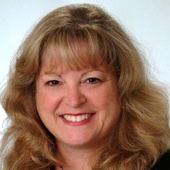