Imagine my surprise when he was finally signing the contract for his new home, with me next to him, and the sales agent announced he no longer needed me as his agent! I protested that I was still involved and would be every step of the way. I requested to be informed and copied on everything. I requested to be notified when further decisions needed to be made. Her response? "Don't worry, you will still get your commission. We have it from here!"

I had to call numerous times to get a copy of the contract. My client and I could not get a copy at the signing as the copier was broken.

Next my client called to say he had made his selection on his upgrades.He was very excited! I asked why he didn't call me to go with him. He said he was told the buyer's agent never goes and was not necessary.

To make a long story shorter, appraisal time came when I received a panicked phone call from my client. He picked out $150,000 worth of upgrades on a $500,000 house. The appraisal came in $150,000 short. "Pennie, I don't have that type of extra money! They said I will lose my deposit if I can't come up with it!"

He also proceeded to tell me how he tried to be so careful and conservative. He kept asking at the sales center if his upgrades would affect his appraisal. The woman told him No. She had been doing this over 30 years and the homes always appraised. Of course she was never there at a closing and never saw the buyers after she made her sale.

My client made 17 calls to the sales center, without a response. The lender and I were calling to get current sales and find out what homes were closing and at what prices.

In the end, my client was able to borrow money from a family member. A subsequent appraisal brought the house value up. The closing did occur, though delayed by about a month.

A buyer's agent looks after the interest of the buyer. They are not paid by the buyer, but rather the seller. Without your buyer's agent, no one is looking after your best interests!

No doubt, PENNIE ARNESON , the buyer of new construction will NOT ever have representation, period.  They must understand that the sales rep is most likely NOT licensed and is an employee of the builder.  Thus, their loyalty is with the employer. 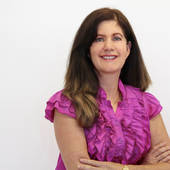