My friends know that I have wrestled with the problem of just who I support for the Republican Candidate for President this time around. With 17 starters, it was easy for me to knock out most of the canidates. Of the ones who were possible for me, Dr. Ben did not seem enough of a brawler to be the one, Carly Fioriana was just a little too delicate,  and Marco Rubio was just a little too full of Menudo! That left only Donald Trump and Ted Cruz.

I REALLY wanted to support Mr. Cruz from the get-go. I interviewed him on the radio with Wayne Richard on Salem Radio when he ran for the Republican Senate Primary 4 years ago, and just LOVED him - in fact, after the show I told Wayne that Ted was the one for Texas! There were 6 candidates for the Republicans that year and we interview all of them, and Ted Cruz was the obvious winner to me. His record as a debator at Princeton, his defence of Texas in the Supreme Court, and his comportment and demeaner as a Constitutional Originalist made it clear to me that he was the one - so when he annoucnce for President he was naturally my choice - except for the Birther thing!

You see, I have done EXTENSIVE investigations of Barack Hussein Obmama II's background, and it is not a pretty sight! Aside from the fact that the birth certificate that he posted on his official Presidential website is an absolute demonstrable fraud, the possiblities are endless: BH Obama I is probably not his father, he was (and maybe still is) an Indonesian citizen, he was (and possibly still is) a Moslem, he spent over $2MM hiding his university records (probably to cover his being counted as a foreign student), and the nausea just goes on. I primarily decided that BHO II WAS NOT a Natural Born Citizen as required by the Constitution, because the Founders and writers of the Constitution would not count him so - he does not meet the requirements as described by Emmerich Vattell in his Law of Nations, the tome used by the Founders as the basis of these kind of legal definitions. But, as Bob Dylan says "The Times, they are a changin'!"

There have been some legislation over the years concerning the subject, some court cases that touch on it, but NO definitive USSC decision concerning the subject. On top of that, the scores of cases brought before courts concerning Obama's (or is it REALLY 'Soretoro's') eligibility have all been dismissed or worse, ignored. And even Supreme Court Justice Clarence Thomas has remarked that "We're evading Eligibilty', so there will be no hope there -  the status quo will remain!

Ted Cruz is the son of an America mother and a Cuban father - virtually identicle to the official Obama story. Although there have been cases filed against Cruz over eligibility, because taking that on would also be taking on the Obama case, I have concluded that the matter is settled even if murky - Ted Cruz is a Natural Born Citizen according to modern day norms!

So, I am free to say - I SUPPORT TED CRUZ TO BE PRESIDENT OF THE UNITED STATES! May God have mercy on us all, and GOD BLESS AMERICA! 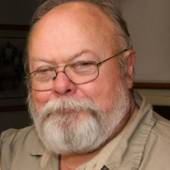