I had a quick look at February market stats just before the end of the month.  We had such a great month in January and I have a couple of expireds wanting to relist when the market heats up.  So, I was curious to see if February is continuing the increases started in January.

The homes closed in February are generally from the holidays through the beginning of January.  We did have a snow storm right after Christmas, but usually that doesn't slow us hardy Wisconsinites down.  Maybe it was due to decreased inventory?  Are people watching the presidential debates and believing that the economy is bad and only the candidate can fix it when elected?

Hmm...something to keep a close eye on.  I'll have better numbers about 10 days after the beginning of March.

It could just be that many of them shifted to January.  I find that Jan/Feb numbers can often be misleading. It's better to look at the 2 of them combined.  In my biz, things don't seem to look more normal nor tell me how the year is shaping up until I get to end of March.

Our number seem to be going up, but I was told we'd have to wait until April before we'd know for sure.  Definitely, hmmmm.

Women of Westchester Working Together Debbie, I think you are right.  I have been a little more vigilant as I have been hearing of small layoffs here and there and my expireds that I have are in the entry level price level which are sensitive to these layoffs.

I am sure you will do your part to get these numbers back on track Joan!

Drives me nuts when people don't report in a timely fashion to the MLS.

Our numbers are going up.  Not way up, but up, which is a good direction! 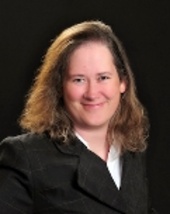