Bathrooms are a great place to start a remodel; generally a small place, at least in relation to other rooms of the house, it can be easily stylized with updating the décor or it can be more seriously renovated by focusing on structural aspects, or of course one can consider both.

If you are considering a remodel of your bathroom perhaps a little history can serve as a source of inspiration— seeing as how the first record of the use of baths is thought to be as early as 3000 BC, there is plenty to be inspired by. It is no surprise that 3000 BC would be an age remembered for its bath-times seeing as how the third millennium is commonly known as “the Age of Cleanliness.” This time period got its name due to popular religious ideas that revolved around purification; therefore, before entering into sacred spaces many religions required one to wash themselves. During this time bathing became a ritual (as now, we would hope, bathing is ritual to most people).

Historically, in ancient Greek and Roman times bathing was communal and somewhat social. The Greeks in particular have inspired many of the common systems in today’s spas— saunas, hot baths, etc. We also have the Greeks to thank for the shower— at least showers with somewhat of a plumbing system. A fourth century Grecian vase depicts showers as a communal activity with intricate showerheads that resemble beastly animals with water spouting from their mouths. Although the people of Greece are considered to be the first to have “real showers” it is William Feetham of England who designed a hand pumped shower in 1767 that is considered to be the prototype of the showers we use today. Lastly, the modern design of the toilet was invented in 1596, but this design was not commonplace until the mid-1800s.

However, before their popularization it was in the midst of the 11th century that toilets, or more so their antique counterparts: chamber pots and outhouses, became a staple consideration in architectural planning of a building. Now that you have a little bit of history of a room we now see as a necessity, where historically it was viewed a bit more extraneously, perhaps you’ll consider Greek and Roman influences while designing your new bathtub or picking out a new showerhead and recall 11th century Europe (think Macbeth or Game of Thrones) when restructuring the architecture around your new commode.

The bathroom is an ample project that can be remodeled by starting anywhere from a subtle change in aesthetic to a revamping of the entire construction of the room— either way the bathroom is an important place with an immense array of renovation possibilities.

well that is all the news we can use on the water closet! very interesting read today! 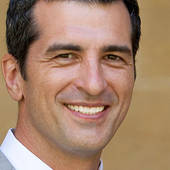