Just like Bill's success with BlogBurst and his blog post's major distribution to Reuters and Nielsen and with Janie's ActiveRain Chain Reaction explaining how blogging and networking interconnected real people and delivered real benefits, our own Lucky Blog Post finally produced real, measurable results. While in Bill's and Janie's case, the core expertise is real estate and in ours it is technology, the common theme in all these three cases is the fact that blogging (self expression in a low cost, highly distributed and visible media) was the vehicle which delivered the message. Without the publicity a blog post can bring to the authors, the following story would have never happened:

On April 22, the official Google Maps API blog included a direct, editorial link to RealBird using us as an example for their Street View applications (among a list of other great sites). This is big for us and big for our randomly selected client whose RealBird listing website is linked from Google's blog.

From a speculative blog post capturing a very interesting, undocumented feature of Google to actually delivering high visibility to one of our clients, our Lucky Blog Post traveled a long way, transformed in the process and finally captured some trophy for everybody involved.


Here is the timeline:

The moral of this story? Blogging and only blogging made this happen. It's true that we are a mapping expert (we were providing maps and aerial photos before Google entered the game), it's true that we are agile and fast in developing new features and products,  but the only way we could achieve such public visibility and eventually, delivering the same to one of our randomly selected clients is through the power of blogging. To achieve the same, it would require an impossibly costly PR and advertising campaign and no valid ROI could ever justify that. With blogging and social networking, the transactional cost of delivering your expertise is reduced to a level, which makes it accessible for everybody.

While the topics are distinct, in all 3 cases (Bill's, Janie's and ours) blogging was the key to the overall success. Blogging was the mechanism which delivered one's expertise in a certain field and created a network of people or events by which real-world results were reached.

So keep doing it, blog it away, it works.

Please log in or register to comment
Log inJoin now
Show All Comments
Bill Gassett
RE/MAX Executive Realty - Hopkinton, MA
Metrowest Massachusetts Real Estate
Zoltan that is fantastic news - congrats on the feature and thanks for mentioning me in your post. You know how much I like the RealBird platform! Keep up the great work.
Like
Frances C. Rokicki
Fran Rokicki Realty, LLC - Bolton, CT
Broker-Mentor,CRS

Congratulations!  I do use your flyers and people have commented on the professional look that they present to my listings!

Like
RealBird Real Estate Marketing
RealBird Inc. - Santa Cruz, CA
All-In-One Real Estate Marketing Toolkit
Bill - Sure thing. Your post was absolutely related. It's amazing how powerful blogging is, not just as a search engine marketing tool, but beyond that. It actually connects real people and in some cases it creates such a strong bind, that results materialize in the most unexpected ways. It's like throwing out millions of pamphlets from an airplane, without the littering. In our case, while the original post became popular through regular search engine placement, more importantly it made us aware of the demand for the traffic. The second phase was achieved by trackback mechanism and by the fact that the Google team was very eager to see real-world implementation for their new API. Again, the human factor was the important thing here.  In this sense, blogging is way more powerful, than "just" search engine marketing tool. It engages humans due to their short and long term interests and creates real network effect.

This is what I was talking about regarding the power of trackbacks: See the screenshot of the trackback of this particular AR blog post as it appears on the Google blog (plus the reference to RealBird): Like
Justin Williams
Independent - Virginia Beach, VA
Loan Officer
Wow This is awesome information to share, I just love how the inter workings and chain reaction effects results from blogging.  This is truly something to remember and thanks for sharing!

Justin - Agree, it's amazing when blogging efforts materialize in something measurable and personal. Search engine marketing is very important as that is where most online users start their experience, but the visibility of blogs reach beyond that. I bet there are thousands of such chain of events "hidden" in the vast amount of AR posts and outside blogs and in the social media in general. What's great in these examples is how easy it is to follow the trail. Thanks for checking in.

Zoltan!  Congrats!  You work so hard that your feature is well deserved!  Thanks for providing such a great service to the real estate world!

Tina - Thanks. I saw that you connected with Justin. Another great example on how online networking leads to real-world business relationship.

Heath - Thanks for checking in.

FYI-  You can also thank Google alerts. I have one for "Google Maps API" and that's how I saw your original post. So, now you know how to show up in my inbox. :)

Anyway, great site. Keep it up!

Thanks for checking in and for your insight about Google Alerts and letting us know how to show up in your Gmail :-) Seeing you showing up on our blogs makes our day !

For those of you who are reading this thread, make sure your use Google Alerts to monitor your market, your brand and to find content for your blog. As my recent blog explains, time-to-media can be crucial and Google Alert will help you a lot to break the new and fill the temporary information void. You can set up your own alerts for what ever search terms you pick here: http://www.google.com/alerts

Zoltan, congrats on the great and well deserved recognition.  Your mapping and services are so outstanding and any and all rankings and exposure you get is WELL deserved.  You guys are the best out there and what you provide listing agents cannot be matched.  Thank you for helping US ride on your coattails to the top!

Thanks Janie for the kind words ! 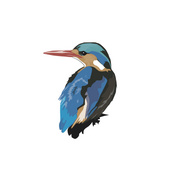