THINGS TO DO in Baton Rouge in March

shared with you compliments of the Maria Thorn Team - Your Personal Real Estate Professionals. www.mariathorn.com

On  the hunt for something to do one spring Saturday morning, my husband and I decided to take a walk around the beautiful lakes at LSU.  We drove through campus and stumbled upon a sign for the Spring Garden Show. There were many tents set up outside – looked like folks were tailgaiting… and if you know me and my husband… you know we LOVE tailgating.  We went on and did our walk and came back to the Coliseum.   Walking up to the festivities, we soon found out that we were going to get WAY more than we bargained for.   The tents set up outside were for a CHILI COOK-OFF (my favorite). We bought our tickets and went to tasting delicious chili, picked our favorite and ate a bowl.  We then went into the coliseum for the plant sale – again, more than we bargained for – tons of individuals and plant nursery’s set up with beautiful plants and flowers. Aside from the plants, there were booths with patio furnishings and arts and crafts for the outdoors,  live animals like Alpaca’s. We couldn’t help but purchase a few (probably a few too many) plants and couldn’t wait to get home to work In the yard.

The point to this little story is the 2016 Spring Garden Show  and Louisiana Chili Cook-off is this weekend March 12 and 13, 2016.    Get out to LSU’s beautiful campus, go take a walk around the lakes and enjoy a few hours tasting chili and picking out a few plants/flowers to dress up your yard !

THINGS TO DO IN BATON ROUGE

Credit for the is article has to be given to my husband Gregory Thorn who is the guru of  finding "things to do" - thanks honey !

The Maria Thorn team would love to help you get into your dream home... visit www.mariathorn.com to search for properties.

Maria Thorn Noticed you are somewhat of a newbie here in Activerain. Nevertheless, you posted a fun localism blog. Thanks for sharing!

Great list of things to do. Those vegetables look so fresh, can't wait for our green market season, but we have a ways to go. Interesting about the flowers - I ususally overdo it as well, running the risk of having them die in the flats... 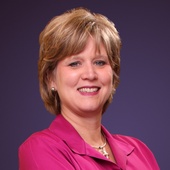 Just for Fun over 6 years ago
bookmark_borderbookmark
What was the "house that built" You ?
View more Recent Posts   arrow_forwards