On the first Friday of every month, the City of Thomasville hosts a different artist or group at their First Friday Concert series.  The April 2016 Thomasville Free First Friday Concert will feature only music from those artists that were honored as inductees into the Georgia Music Hall of Fame.  That's right.  You get two hours of hits from some of modern music's greatest artists absolutely free of charge.

You will definitely want to bring your loved ones to Downtown Thomasville this Friday night.  That's where you'll find the April 2016 Thomasville Free Friday Concert.  Instead of just one artist or group this month, the City of Thomasville has decided to feature all the greats.  You'll hear hits from such musical legends as Ray Charles, James Brown, Alan Jackson, Travis Tritt, Little Richard, Kenny Rogers and more.  Many musical genres will be explored on Friday: country, pop, classical, rhythm and blues, etc.  If there is a style you like, you'll most likely hear it on Friday night.

If you haven't been to one of these concerts before, let me give you a couple of pointers.  The April 2016 Thomasville Free First Friday Concert is a BYOB/BYOC affair.  In other words, there is no official seating.  You will need to bring your own chair or blanket with you.  Arrive a little early so you can stake your claim on a patch of land for the concert.  Downtown Thomasville shops and restaurants stay open a little later to accommodate shoppers and diners wishing to attend the concert.  They even offer special deals for patrons.  But these are only available on the evening of the concert.

Start the weekend off with a nice musical interlude.  Come to the April 2016 Thomasville Free First Friday Concert in Downtown Thomasville on April 1st.  You won't be a fool if you listen to great music on April Fool's Day.  I promise!

Visit our website for more information on this and other beautiful homes for sale in the Thomasville, GA area. 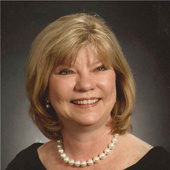