The area that would become Highlands Ranch switched hands several times before finally being developed into the planned community that the residents know and love today. It was originally home to several Native American tribes including the Cheyenne and Arapaho. It was once claimed by France for Louisiana, was taken by the Spanish, returned to France, and finally sold to the United States as part of the Louisiana Purchase. The area was a farming and ranching community for quite a while after that and switched hands a few times again before finally being developed as a planned community. It is now often considered to be a “bedroom community,” which means that many of its residents work outside of the community.

Highlands Ranch is home to more than twenty parks, including Redstone Park and Lonesome Pine Park. Each park provides various activities for the entire family, whether you like to play tennis, picnic with your loved ones, or watch the kids play on a jungle gym or rock wall. You may even find yourself at Daniels Park where you can experience the occasional buffalo sighting. There are also recreation centers for swimming, pool, hockey, and more, plus a skatepark for the older kids and young adults. And, of course, there are miles upon miles of trails for walking, biking, and inline skating that will allow you to enjoy the fresh air and get in a little exercise. 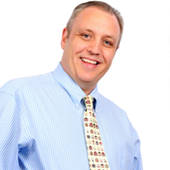