Keeping in mind listings are the backbone of every Realtors pipeline. May this one open the door to even more opportunities this quarter. 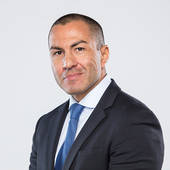