Northern Nevada used to be the underdog in people's mind, even though the Capital city of Carson City is located here. Reno, NV used to be primarily known for its second class casinos compared to Las Vegas.

However times are changing, and just since I moved to Reno in 2006, Northern Nevada has changed dramatically. While the recent recession hit everyone hard, it also provided great opportunities to investors, individuals with available savings, and companies interested in relocating. It was also a wake up moment to local leaders who lounged into high gear and began a campaign to change the economic environment from a casino industry base to a more divers technology, warehousing, manufacturing base.

The result is an active real estate market, commercial and residential, as EDAWN expects hundreds of new businesses to the region offering at lest 50,000 new jobs by 2020 that even with conservative measures requires the creation of 5,000 units of new housing annually. Unfortunately, available housing is limited, single family unit developers are planned to construct less then 3,000 units this year and multifamily development will offer less then 500 new units throughout the region. With that, prices of properties and rental rates are gradually rising.

If you know anybody who would be interested in investing in our region, your referral would be greatly appreciated. Prices are just going higher by the day. 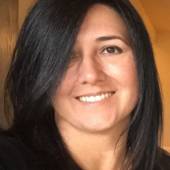