If you’re a tennis fan, prepare to squeal as Lake Nona’s new $70 million U.S. Tennis Association campus is getting closer to its big debut. Construction began midway through last year, and now officials are gearing up for a mid-December grand opening on the 63-acre USTA National Campus.

However, the headquarters of USTA’s player development and community tennis divisions will begin to see employees moving in by July — just in time to allow families new to Orlando to settle in before children start school, according to Kurt Kamperman, chief executive of community tennis and the USTA National Campus. About 114 employees from USTA’s White Plains, N.Y., headquarters are expected to relocate to southeast Orlando when the facility opens. The company also expects to hire about 50-70 new workers by year’s end.

“Even though the facility as a whole is not scheduled to open until mid-December, early to mid-July is when we will start to be able to move into the office building,” Kamperman told Orlando Business Journal. “In August, it will be all hands on deck.”

The campus is already starting to take shape, as walls are being constructed and many of the tennis courts are prepped. Meanwhile, here are some cool figures about the construction of the new USTA National Campus:

The new USTA National Campus is the anchor of Lake Nona’s new 300-acre Sports and Performance District, which also will feature a new $20 million, 23-acre training facility for the Orlando City Soccer Club. Are you Looking to buy/ rent a home in Lake Nona?

Click here to view homes for sale in Lake Nona

Click here to see how much money your home is worth 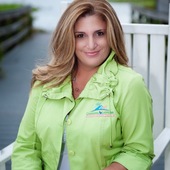