I listened with great interest about a story on last night’s evening news.  My interest turned to amazement, then horror.  The story was about an Idaho couple who had moved out of their home and simultaneously had it listed for sale with a realtor.  Shortly thereafter an unknown woman moved into the house and produced a lease indicating she had leased the premises.  The lessor on the lease has no ownership in the property so it would seem like an open and shut case.  According to the owners, the woman is allowing pets into the home and allowing other things to occur to diminish the value of their home.  The owners obtained an attorney who filed a motion for an expedited hearing to evict the woman.  Sounds reasonable, right?  Not according to the judge.  The judge denied the expedited hearing which means the eviction process can take months.  In the meantime, this couple is unable to have their home shown to prospective buyers because of the squatter.  How tragic for this couple.

As a real estate agent, this is such a nightmare.  How can I stop this from happening with any of my listings which are vacant?  The reporter’s only suggestion was to let neighbors and friends know you are moving out.  That doesn’t seem to be such a deterrent to someone bent on taking possession of your home.  Adverse possession laws are different in each state.  However, I can’t imagine any other scenario that would warrant an expedited hearing.

My heart hurts for this couple.  They were moving on in life which required selling their current home.  Just because a home is vacant is not a green light for someone else to take possession.  Now this couple has to continue making mortgage payments on a home inhabited by a stranger who is little by little diminishing the value of their home.  Who knows what the condition of the home will be in by the time the court gets around to hearing the motion.  In the meantime, this couple has to incur significant legal fees, pay double mortgage payments and fund the clean up after the squatter has been evicted.

I will file this under one of those “this is not fair” categories. 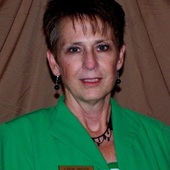