I have been in the real estate business for a long time off and on, since the early 1970's.  I have dealt with all kinds of buyers, sellers and agents.  Very seldom over the years have I come across agents that have forgotten what integrity means and perhaps have little genuine skill with words so that no one gets insulted.

I am not a person who gets angry over stupidity and ignorance generally and in the instance I am about to give an example about is one where I did not say what I wanted and held my tongue for the sake of my seller.

I have a beautiful listing in a great neighborhood that is ten years old and was built by a prominent and respected builder in my city.  It is presently vacant, so very easy to show.  It is priced according to the market and is move in ready unless someone wants to personally make cosmetic changes. The present paint is very neutral and the carpet good quality.  I always feel that if a buyer wants to change things in the interior house then that is their want and not a need.

An agent called me asking questions regarding the house and our very first conversation was that she felt the home was over priced, needed a lot of cosmetic changes, had a road on the side (that was very well buffered) which was noisy to her and also backed up to an apartment complex that was quiet and also was buffered.  Would the sellers consider repainting the interior and recarpet the whole house. Really?  I said no that is not something the sellers would contemplate and if buyers wanted that then they could do it on their own.

They wrote an offer, low balled it (of course) and asked for two thirds of their closing costs to be paid plus a home warranty.  The agent wrote in her email to me she hoped the sellers realized that the home is overpriced, sits on the side of a road and backs to apartments, and the condition of home.  That they should understand her comments and how the offer was still high given her comps.  That they seem to have very unrealistic expectations which surprised her given their market history.  Wow, never have I had an agent say this to me especially in an email.

I emailed her saying that one of the sellers was in England and would not be back until the weekend and I had no contact with the him and neither did his wife.  They could not respond until then.  She gave a one day response time at time of writing, so it expired, (and no extension from her).   I did inform her explaining the situation in writing, expecting an extension.  I had emailed all papers to the sellers when I received them, so the wife was aware.  The sellers took a good look when he returned on the weekend but since it expired decided to not respond, plus they did not like the offer. It had expired with no extension and I heard nothing from the agent, although I was very clear when I replied saying I had received the offer.  The agent then called 6 days later and wanted to know if the sellers would respond, knowing the offer had expired. I told her no it expired, and suggested that if her buyers wanted the house to write a new offer. This is all in writing, always in writing.

They did make another offer a week or so later, a little higher with huge closing costs.  We went back and forth and the last counter they did was the almost the same as their previous counter with the exception of manipulating some of the numbers, the result was about $400 difference in net costs to the sellers.  My sellers said absolutely no.

With each email to me she told me that the property was not worth it and the buyers needed the closing costs because "they wanted to repaint and recarpet".  They did have enough money to pay closing costs actually but wanted to have extra money to make cosmetic changes.  What a violation in ethics that was to her clients plus a disservice to them by telling me that piece of information.  We are so glad to be rid of her because I am sure she would be a thorn in the side of the sellers the whole time especially when she said she and her clients were afraid that if any repairs came up they would have a battle with the sellers to get them done.  This property is is great shape and if any repairs, they would be very minor which is no problem.

The property will sell, everything sells in its time.  My sellers do not have to sell and do not need the hassel with an agent that does not know how to keep her mouth shut regarding private information of her clients plus insulting the listing agent and the sellers in the process. What would she divulge about the sellers or me for that matter.

Real Estate has changed for sure since I first got into real estate and so have a lot of agents that have forgotten what it is like to have couth and ethics.  Please, it is just a small number that are that way but being bullied and essentially called uninformed is not something I take lightly and I did not disclose to the sellers her sentiments regarding the property, that would not have been a good thing during negoiations.  I did tell her in a conversation afterward that I thought she should be more careful in what she disclosed to another agent regarding her clients and their personal finances,  she did not understand.  To me  it was a violation of the privacy between agent and client their personal reasons for asking for something.  I do not think so, to me it is not ethical.  Just my take.

Every once in a while, I will run across an agent who thinks bullying the other agent and insulting the property is the way to negotiate a sale.  I just don't understand we cannot all remain professional and proceed accordingly;  I also ask the offending agent why, if the property is so horrid, why his or her clients are sooo interested.  ;-)

I agree.  It seems the buyers really wanted the property but the agent they chose was not professional with me at all and acted as though she was the smartest person in the room.  I shuddered at the thought of working with her.  Sad for her.

Mary - in one word. Ridiculous. What smart agent thinks that bullying the listing agent is the right path to take? Faulty thinking and reasoning by a long shot. I'm with Susan - if the property is that bad why on earth are they pursuing it. And we all know until this type of agent is ready to learn a better way of doing business nothing will change. Next.

Hi Anna, You so correct.  The agent looks young, that is not an excuse, and was very haughty the way she worded her emails and phone calls.  After the first one and on the counters I made sure every thing was detailed like if a price change I put the line and page on which their proposal appeared, like page 1 of 10, line XXX section X.  I did this with everything.  Also in each email in which I replied I was very care to word careful so she would have no comeback.  When I let her know we would not be answering the counter and told her that the last counter was essentially the same as the last counter they gave to us,  the numbers were manulipated but the net was just several hundred  dollars different.  She emailed me back and said my math was wrong, but no big deal.  I emailed her back and showed her the difference $458 from one counter to the other.  I could not help myself and I can say that I will not probably show any of her listings if she has any, unless my buyer is set on it.  I do not want to experience her again and do not want any clients to either.  Unless of course the listing is really great.  We were in the $500,000 price range, one would think.

Great blog, thanks for sharing, we have to learn to breath and keep our mouth shut

You are so correct!  I always try to measure my words before I let them come out of my mouth..  Once they are out,there is no going back regardless of how good you are.

Good morning Mary. This is so good and absolutely true. Your title is wonderful and the post even better.

Thank you Sheila.  You are appreciated and thank you for taking the time to read it.

Your title line says it all, Mary!  I can't imagine reducing a buyer's chances more in making an offer, than offending the listing agent!

I am with you.  Regardless of how the other agent is acting or what they say, I try always to not offend.  One never knows when they will run across them again.  Common sense to me. 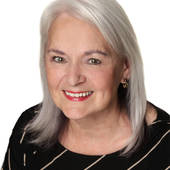