I spend a lot of time on Facebook, Google + and Twitter, but mostly Facebook. Last week I noticed an agent talking about her "heavier periods,"  Her "public" thread has since been deleted and she's also changed her settings on Facebook. Another post that sometimes catches my attention is when a man or a woman (who needs every closing to pay the bills) lets the world know they are having some type of operation. A guy on FB (who is in the business) was letting the world know that he was having knee surgery and that he wouldn't be up and around "for a period of 2-3 months." A couple of months back he was bellyaching about how "expensive college is for his kids." In the thread he bragged and joked about being prescribed 3 refills of Codeine. I can't imagine sending this guy a referral knowing he's laid up 1/2 hammered on pain pills with a busted up knee.

I don't think the world/referring base/current & past client base needs to know if you're having half your colon removed. I certainly don't make light of the procedure, but if you want "support" and value your business you should think twice about advertising your health on social media. But that's just my opinion.

What do you think happens when you do something like this?

Your post gets shared & shared & shared. Before you know it, your knee operation is now a sex change and you had your arm amputated while defending yourself from a mountain lion. It's called "I heard." Earlier this year a friend of mine who is a Realtor posted on FB that she was having a $50,000 "Mommy Makeover." Before the end of the month there were rumors around that she had her stomach stapled (again) and that she lost a leg. Neither of the latter happened. Prayer warriors were called in and a GoFundMe account was unnecessarily established. It really got out of control.

I understand the intentions of spreading the news about a colleague being in a car accident, but advertising it on Facebook or Twitter could spell financial disaster for "the friend" you're trying to look out for.

Even my personal social media accounts remain very professional and neutral. If you put it out there on the internet it's there for anyone to see forever.

Whoa!  It's like that game where someone whispers a sentence to the person next to them and it ends up competely different after it goes around the circle.

I tend to cross that line from time to time with personal being blending with my clients.  But I don't worry about it.  If I am "laid up on pain pills" after surgery I have a staff of agents looking out my clients and listings.  I've let my buyers and sellers know via a personal email before they would read it on facebook.

Same as when I was on vacation last year posting pretty photos from all across the country.  My clients weren't worried, they knew before I left and knew who to call and who might be calling them if we got an offer.

I don't feel a need to not be human just because clients, other agents and potential clients can see my social media.  After all they are human too.

Greg, I am shaking my head.  I am shocked at what I see people posting online. Sometimes well-meaning good doers need to stop and think before they act … may check-in with the person who they want to help and see if they are okay with the help.

Greg, you are hilarious!  Para 4 had me laughing so hard...

Greg... checking in with you to find out if you were impacted by the floods in Houston. I hope you're okay. 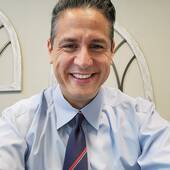