SPOTLIGHT: THE HARBOUR AT THE POINTE IN LAKE NORMAN-AREA MOORESVILLE, N.C.

The Harbour at the Pointe is a beautiful community of upscale homes located along the shores of Lake Norman in Mooresville.

Begun in 1992, the neighborhood is located down Brawley School Road before traveling south to The Pointand Trump National Golf Club.

Everyday necessities are a short drive to West Plaza Drive at Winslow Bay Commons and Mooresville Consumer Square. Access to I-77 is at West Plaza Drive also; it is just 7 miles from the furthest point in Harbour at the Pointe to the interstate.

One of the docks for residents’ boats.

From I-77, all the nearby lake-area towns, such as Cornelius, Davidson and Huntersville, are just 15 minutes or fewer away. All of the towns have great dining options, and Birkdale Village is only about 25 minutes for shopping and dining.

Statesville is approximately 30 minutes to the north via I-77, and Uptown Charlotte and the airport are approximately 45 minutes away depending on traffic.

There are walking trails throughout the neighborhood that lead to the neighborhood clubhouse and Junior Olympic-sized pool. There are also tennis, basketball and volleyball courts available, as well as a playground for small children.

View from the back patio of a home in Harbour at the Pointe.

Most homes have deeded boat slips, but the community also has a marina and boat ramp for residents who do not have a deeded slip.

Homes in the neighborhood range from about 2,400 square feet to more than 5,000 square feet. There are waterfront, water view and inland homes available. Homes are priced from the $300,000s to well over $2 million.

Only 17 homes sold in The Harbour at the Pointe during the last 12 months for an average of 1.4 homes sold per month.

Their average sales price was $602,100 or $167 per square foot. Sales averaged approximately 97% of list price during the last year.

There are currently 25 homes on the market in The Harbour at the Pointe, with only 4 under contract as of April 16. That puts current inventory at almost 18 months for the community. Current list prices range from $373,000 to $1.6 million.

The neighborhood is zoned for the Iredell-Statesville schools of Lake Norman Elementary, Brawley Middle School and Lake Norman High School.

Market stats: The Harbour at the Pointe 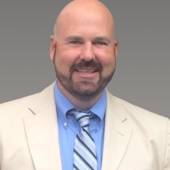