Last week my client made an offer on a cute, cute house.  This area had been decline, but seems to be on it's way up with lots of renovations going on the neighborhood.  Terms were negotiated and settled.  I asked my buyer "Which home inspection company would you like to use?"  I was met with some resistance as far as the need for an inspection.  "It's perfect!", "I don't see anything wrong with it", "I'm not sure I want to spend (insert any amount here) on an inspection."  I advised my client that while inspections are not mandatory, I would be having her sign a statement saying that I recommended one, and she chose not to follow my recommendation.

That was enough of a prompt for her to pick a company and I scheduled the inspection.

That day I was running a bit late, but the inspector was having issues with his ladder as well, so I wasn't too far behind him.  I arrived at the house and let myself in.  I could hear stomping and thumping above me, so I assumed the inspector was on the roof.  After taking a stroll around the yard while checking out the roof and not seeing anybody up there, I figured he must be in the attic.  I sat down at the table to check my messages and jot some notes.  I figured since we were only 30 minutes into a 3 hr inspection, I had plenty of time to kill.

I was mistaken.  Terribly, terribly mistaken.

The door to one of the bedrooms cracked open slowly.  A face peered out at me.  The gentleman had what I thought to be dirt smeared along one cheek.  "Must be really nasty up there", I thought to myself.

"So, fire damage wasn't in the disclosures?"

With what I am sure was the most goofy look on my face I stated that I would have remembered fire damage in the disclosures.

That dirt along his cheek was in reality soot.  He was kind enough to let me climb his ladder and peek a short distance into the attic.  Charred boards were everywhere.  One of the rafters had  a distinct bend in it.

I called my client and gave her the bad news.  The inspector had the pleasure of informing the current homeowner (who had been working in the backyard) that we were stopping and by the way, you've had a fire in your attic.

After all was said and done, the homeowner had bought the house without having it inspected.  He had no idea that it had fire damage to begin with.  I'm not really surprised, because the attic is accessed by a tiny hole in a small closet.  He is a large gentleman, and I sincerely believe he never has tried to get up there.

So, what is the cost of not getting a home inspection in this case?

Loss of a buyer who LOVED this house.  We are still looking for another at the time of this post.

Withdrawal off the MLS.

Loss of the ability of the seller to buy a new house for his growing family because he can't sell the old one.

Always, always get a home inspection when you purchase a home.  Your agent will have a list of companies that are reputable.  I know it feels like you are being nitpicked to death with assorted fees and costs, but a home inspector could save you thousands!

Great advice. It is ALWAYS reccomended to get an inspection. I've even learned on new construction some major issues could have gone undiscovered without an inspection.

Lana Mosley This is very good report on avoiding a home inspection.

Lana Mosley "I advised my client that while inspections are not mandatory, I would be having her sign a statement saying that I recommended one, and she chose not to follow my recommendation." An excellent "best practice"!  Re - blog!  This was a well written and easy to read post about the value of home inspections - and looking forward to reading more like this from you - are now "following" you!

Oh, that is so painful for whoever bought the house.  No inspection, and the appraiser (if there was one) never peaked into the attic.  Ouch! 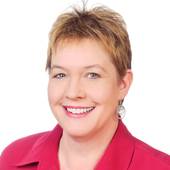