Santee was given it’s name in 1893 after Milton Santee.  However, it was his wife Jennie Cowles that got the town started. She opened up a post office under her husband’s name 1891.  That same year she also built a school, Cowles School in the Cowles School District. Then in 1893, when the town was given it’s name, the School and school district also took on the name of Santee.

During WWII, the federal government acquired 2,00 acres west of present day Santee and became a training ground for the military.  With the military base so close, the city flourished and grew over the course of the years and the population began to rise and went from 2,000 in 1950 to 25,750 in 1970. (http://www.ci.santee.ca.us/)

However, it seemed at one point time stood still and no new buildings or homes were built and the same families that lived there in the 1950’s and on, were the same families living there now. But as of recently it seems as though the city is going through what appears to be like a rebirth. New homes are being built and the older homes are being purchased and flipped from those families that have moved on or passed. Homes in the area are going for an average of $417,500 (www.trulia.com).  Of course the price depends on the condition of the home.

A recent home where I represented the sellers, sold for $425,000 after they put some work into it with some fresh paint, new floors and new fixtures. These things completely changed the feel of the home and greatly increased the value. If the sellers had not done these things, the house would have sold for much less. New shopping centers are going in and business is booming.  With the city being so close to San Diego State University, there is a rise of college students living in the area as well.  However, even with the university and military so close, the city isn’t overflowing with people and doesn’t the feeling of being over populated. 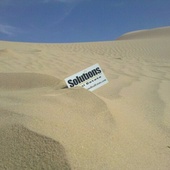