Residential sales are actually down a little in 2016 compared to 2015 for the month of March technically.  I do not think that is a true reflection of the market. New Construction is still climbing in the area:

So even though the volume is down a little for the year.  Prices are still up and climbing.  It's a great time to be selling property.  If you would like your personal price opinion on your home please contact me.

Hi Michele - this is a very comprehensive market report for Rathdrum Idaho.  Buyers and sells should contact you. 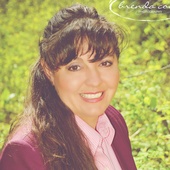