A couple of recent developments made the news recently that promised to impact Long Island, NY’s real estate scene either now or in the future. The one that got most of the attention last Wednesday came from a familiar source: Federal Reserve Chair Janet Yellen. Her news conference’s less-than-stirring pronouncement (“Caution is appropriate”) made headlines nonetheless because of the accompanying action (actually, inaction): no increase in interest rates.

Nassau and Suffolk County real estate watchers will remember that when the Fed increased their Fed Funds target rate by a quarter of a point last December, they nudged it upward from zero to .25%. It was the first move in nine years, and was accompanied by a statement that they anticipated making three or four similar small increases throughout 2016. Thus it was expected that another quarter of a percentage point would be announced by now, so the news marked a mildly surprising turn—one that will be welcome to anyone contemplating buying or selling real estate in Huntington. The continuation of a miniscule Fed Funds rate translates into significant savings for everyone, particularly when measured against the historical norm of 2%-5%.

Soooo: as for the first development, ring the bell: good news!

The other development had come earlier. It was one that might turn out to benefit real estate activity—but it could conceivably have the opposite effect. It, too, dealt with government and finance, this time in the realm of real estate taxation: a bill introduced in Congress. H.R. 4494, the Renters Fairness and Equality Act, would amend the IRS Code to give renters a federal tax break. It would put renters on a footing similar to that which allows Long Island homeowners to deduct mortgage interest and property taxes.

As in all things Washingtonian, the proposed details are complicated. The total amount of rent paid would become federally deductible, but only for some (tenants in very expensive areas wouldn’t qualify). The way such proposals become law, the final rules could differ—and in any case, there is faint likelihood of swift enactment. The legislation had been introduced by a lone Democrat, and was now sitting in the Republican-led House Committee on Ways and Means, where it was predicted to evoke continuous and profound inactivity.

But even if that turns out to be its fate, H.R. 4494’s introduction was an interesting development—an idea that might someday catch on. Around here, it raised the question about whether this would be good news for Huntington home values. The federal tax break is a major inducement prompting renters to buy, so a number of prospective buyers might go missing. On the other hand, many renters who have been priced out of the market because they’ve been unable to save for a down payment would get meaningful relief. Additionally, the prospects for Long Island investment real estate could benefit greatly if consumer demand for rental accommodations were to expand—as groups promoting affordable housing projected.

The promise that mortgage rates will continue to provide a welcoming backdrop for this spring’s selling season comes as unambiguously exhilarating news for Town’s real estate market. To investigate further, do give me a call!

…as always, Thanks again for tuning in!

If you require an immediate offer or you need help negotiating a short sale, no obligation or fees contact our subsidiary company ParkCity at (844) 211-5053 or (917) 525-3516 you can also check the website at www.callparkcity.com

Anthony Manzolillo is the Principal Broker for Core Real Estate Advisors, Inc. Core has agents specializing in both Residential and Commercial properties. Anthony Manzolillo started his career in real estate working for a private equity firm. In his role as the Director of Acquisitions, Anthony has been involved in acquiring over 50 multi-family properties worth over 300MM. He has been the lead agent for helping lenders such as Bank of America, JP Morgan Chase, Country Wide, Litton Loans, Green-Tree, and Compass Bank dispose of hundreds of distressed properties. Anthony’s most recent accomplishment is working as a consultant for NY Rising and GOSR, whereby he was directly involved in the acquisition of over 600 homes substantially damaged by Hurricane Sandy. 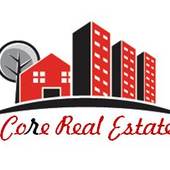