Mark your calendar for the 2016 Chamblee Summer Concert Series in downtown Chamblee. The 2016 Chamblee Summer Concert Series will offer a fun filled event for the whole family. Bring out your blankets and lawn chairs, or reserve one of their VIP Tables (downtown concerts only) to enjoy an evening of good music in Chamblee’s downtown. Food and beverages (including beer & wine) will be available for purchase onsite. Concert goers may also bring their own food and beverages (excluding alcohol), if desired. All concerts will be held at Peachtree Park (5468 Peachtree Road next to City Hall), except the July 4th concert held at Keswick Park.

New this year: send the kids over to the Kid Zone behind City Hall to test their skills in soccer, baseball, and corn hole!

Supernatural brings the music of a true icon, Carlos Santana, to life. Santana’s music crosses cultural boundaries and excites audiences across the globe.  Santana is an architect of Latin rock music and a true guitar hero. Supernatural honors both the man and his music. Join us on May 6 as Supernatural kicks off the Summer Concert Series in style!

After 6 years together, DEPARTURE has become the most respected Journey tribute band in the nation. DEPARTURE replicates the look, sound and feel of the original 80’s rock super group.  DEPARTURE performs over two hours with no break, highlighting all the hit songs that everyone knows and loves, to give the audience the true concert experience. Their performance is professional and highly engaging for their audience. DEPARTURE was voted “Best Local Entertainer” for 2011 and 2012 by Gwinnett Magazine.

August 5th is 80’s night in Chamblee! The Molly Ringwalds are The World’s Greatest 80’s Experience. Hailing from Sheffield, England, this legendary quintet has been able to combine their individual and very formidable talents to create the true essence of the most radical decade to ever be called “The 80’s.” The rest is the history of the 80’s. 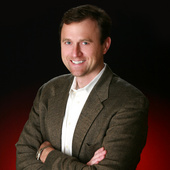