Welcome back for another monthly market update! As April came to an end inventory is FINALLY beginning to rise! Times have been relatively crazy in the Taylor,TX Residential Real Estate Market as of late! My single biggest concern as of late is people who currently reside in Taylor being priced out of the market. The surge in prices is playing mind games with people in Taylor! I talk to many folks who would love to sell, however they would like to stay in Taylor. With the lack of inventory and increasing prices Taylorites are torn with the decision to sell because a move up scenario within the city can be tough to find. The other issue is it seems as of late many of the new homeowners moving to Taylor are coming from out of town! I have had many tell me they are tired of trying to buy in the Austin market therefore they have turned to places like Taylor. Multiple offers are still very common and being put on homes while sellers are still cashing in on historic home prices. Today it is not uncommon to have to put in offers on 3-5 homes before hopefully getting one under contract. In many cases this is the same in Taylor for housing selling for less than $150,000. Now on to the latest numbers!

During the month of April 34 new  listings came to the market in Taylor! This is a great sign! Currently there are 30 listings for sale! In last months Market Update there were only 12 residential listings  for sale that came with under 1 Acre of land. This month we have doubled it and have 24 residential listings that have less than 1 Acre of land. This is good news however we have been expecting a increase in inventory coming due to school almost being over for this academic school year. The average home under 1 Acre is being sold has 3 Bedroom & 2 Bathrooms, built in 1975, about 1,620 sq. ft. and listed at $102.40 per sq. ft.! The average list price for these homes sits at $164,209.

Foot traffic and the number of buyers in market remain very strong. 34 homes went pending sale during the month of April! This was expected as May and June closings usually are two of the better months during the calendar year.  The homes pending contract featured a average list price of $181,539 and were about 1,735 sq. ft. bringing the amount per sq. foot price to $103.60. Every month this year we have seen the number of closings increase.

Sold! Sold! Sold! 20 was the magic number of homes that sold during April! The average home a 3 Bed 2 bath, with the average year built being 1964, and 1,801 square feet. Theses homes were originally listed at an average of $96.74 or $170,362 but only bringing in on average $165,784. This means the average list price was negotiated down about 3% or $4,578. Do yourself a favor if you are considering selling your home. Talk with an Expert Advisor who can explain a PERA to you and your family and also explain what you can do to sell your home for up to 18% more than the average real estate agent! Until next month happy searching!

Thank you so much for taking the time to share this report.  Very professional and perfect for buyers and sellers alike! 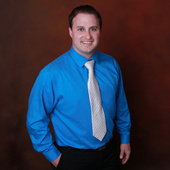