We had an opportunity this past week end to meet some friends in our annual group birthday celebrations so we jumped on the chance to meet up at Greater Cincinnati's best Italian restaurant. Pampilio"s in Newport, Ky at 6th St. and Washington St.

The restaurant is celebrating its 75th year in business. In my opinion, Pompilio's success comes is from it's made in-house policy on almost all of it's menu items. Their Ravioli, lasagna, soups and sauces are all produced by hand, on site.

You may have already been in Pampilio's and not even realized it. Pompilios was selected as a site for the filming of the Oscar winning motion picture "Rainman," starring Dustin Hoffman and Tom Cruise. It was the site of the famous phone book scene where Dustin's autistic character starts reciting the phone book from memory after Tom's character told him the read it for entertainment the night before. And, my favorite scene from that movie is the toothpick scene in which the waitress drops a newly opened box of toothpicks on the floor and Dustin's character immediately, without hesitation,  spouts off 494 as the number of tooth picks that hit the ground, Tom's character reply's with "but the box says 500" and the waitress smirks that "there's still 6 in the box".

If like a little history with your meatballs, I found this out while we were waiting for our party to arrive. The bar with its tile floor, beveled-glass windows and hand-carved "Back Bar" is one of the few classic bars left in the area. The Back Bar was hand-crafted and built of cherry wood by the Wiedemann Brewing Company in the late 1800's. The bar is pretty much as it was originally except for a ornaite metal ceiling that was removed, and a mahogany bar that was installed after Prohibition.

Unfortunately for us we wound up with a party of ten and we were looking at a two hour wait on a Saturday night so we wound up at Buca's Italian in the Rockwood Commons plaza in Norwood. Just a 10 minute cruise up I-71. Another excellent Italian restaurant. We had a great time and I don't feel a day over 45. 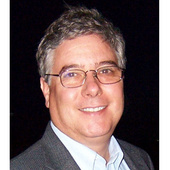