At the April Board of Directors meeting, the Board approved a proposal from Jon Wayne Construction for the replacement of all the caulking that is under the window flashing on the exterior of the building. According to the 2016 Reserve Study, the work is due, and thanks to our diligent Finance Committee and Board, we are fully funded for this project. The need to have this work conducted became apparent when all sides of the building were inspected, and showed cracking, dry, and soft pieces of caulking, most noticeably on the western and southern facing units. Leaving this issue alone will increase the chances of water intrusion into units from this area.

The process to replace the caulking will be a long one— approximately 8 months from start to finish, at a total expense of $346,288.00.

Several homeowners have experienced warped flooring in their kitchens with no immediate signs of a water leak. Upon further investigation, it was found that the source of the water intrusion was the dishwasher. Bosch dishwashers are beginning to malfunction in such a way that the water fill valve fills the dishwasher with water until the water eventually spills out of the doors. The water runs under the floorboards, causing a slower leak that dampens the concrete and is largely undetectable by the existing water detection sensors.

Some models of Bosch dishwasher are part of a recall, and will be re- placed by the manufacturer. We encourage you to visit bosch-home.com for further information.

To increase the likelihood of catching these slow leaks, the Board ap- proved a proposal from The Detection Group to install a lead line water sensor cable under the dishwashers to help detect any water intrusion prior to the water having an opportunity to warp any more kitchen floors.

For the billing period of March 10th-April 11th, The Grande South water consumption is down 16.49% from usage during this bill- ing period last year. What makes this an

What is a hundred cubic foot? It’s 748 gallons of water, which means The Grande South residents and common areas used 53,856 fewer gallons of water this year versus the same billing period last year!

Keep up the conservation, everyone! The Board of Di- rectors sincerely thanks you for your continued water savings efforts.

This year, the route has changed, and it will greatly reduce the traffic and street closures around The Grande South in the morning. The end of the race, however, will be located at Waterfront Park. Please be advised that between the hours of 12PM and 4PM, foot traffic and vehicle traffic will be heavy. 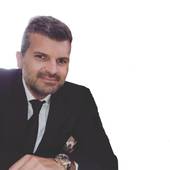