If you have ever driven the I10 from phoenix to California or California to Phoenix  then you have probably noticed it.  A behemoth of crumbling mid-century modern concrete, a desert monument to an entrepreneurial wager.  Some of us take risks in life however few of us take a swing as big as James J. Dunnigan did with the Phoenix Trotting Park. His dream Arizona horse property was a grand harness racing track that was opened in 1965. The project was supposed to cost 2 million dollars to construct.  When it was complete, like so many construction projects, it was over budget and the final cost was a soaring 9.5 million.  Adjusted for inflation that is the equivalent to 70.6 million dollars today.  The track was only open for 2.5 seasons and reportedly closed due to the initial debt coupled with poor location and stiff competition from the already established Turf Paradise race track on Bell road.  Now 50 years later this mass of bleacher seated eye candy is up for sale.  You can purchase the Largest horse property in Arizona for 16.5 million dollars.  That will include 194 acres of sand and possibility.  The same possibility that James J. Dunnigan saw and grasped at.  Maybe it was a mirage or maybe he was just a half a century to early. 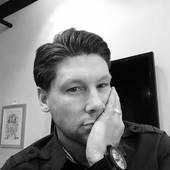