What a Sunrise at Hammock Beach - Palm Coast Florida - Come On Down Take A Look!!

When I read the article below about Flagler County and Palm Coast Florida being recommended as the place to buy and invest .. I wasn't really surprised.  It's been the fastest growing county in the nation for about the past seven years ... it had slowed down for about a year, but .. investors, second home buyers, and families relocating ..  are back and buying.

Where else can you find that perfect place to call home in a growing community, close to the beach, and near lots of things to do ..... I have spent the last couple of weeks showing and selling oceanfront condos in Ocean Hammock Cinnamon Beach ... great oceanfront gated community with great prices.

Flagler County: All Indications Now is the Time to Invest

Waiting to Make Real Estate Investment May Cost You

LIBERTYVILLE, Ill., April 22, 2008 (SEND2PRESS NEWSWIRE) -- The Schaffer Realty Group (www.MarianSchafferRealty.com) is recommending to retirees, second home and vacation home purchasers, investors and home buyers to take a close look at Flagler County/Palm Coast as now is the time to purchase. The window of opportunity for smart home buyers and real estate investors to own property in Flagler County/Palm Coast Florida at the bottom of the market is now. In an area forecasted for considerable population growth over the next decade due to Baby Boomers relocating here, it's time to take advantage of current market prices and record foreclosures. Mortgage rates and home prices are beginning to increase while the number of listings is decreasing. These signs confirm that by waiting for the data to prove the market has bottomed out means that you're too late.

Flagler County/Palm Coast has consistently been ranked as one of the fastest growing areas in the U.S. A recent U.S. Census report ranked Palm Coast as number one in metropolitan area population growth percentage from July 2006 through July 2007. Year over year, Flagler County has ranked in the top six fastest growing counties with an astounding 77.4% population increase from 2000 through 2007. Money Magazine's Best Places to Live in 2007, chose Flagler County as number three in its selection of the 25 counties with the most job growth during the most recent six years. Future predictions indicate that this growth will continue. Overall census data projects Florida will surpass New York to be the third largest most populous state by the year 2020. It has consistently ranked as one of the ten fastest growing states for seven decades in a row. By 2030 the population is projected to reach 28.6 million, continuing to push the demand for housing even higher.

Home prices have sunk to their lowest levels in five years shifting gears to a buyer's market. Florida's statewide median home prices fell from $237,000 in February 2007 to $198,900 in February 2008, a decrease of 16%. In January 2008, the median price in Flagler County was $161,500 but increased in February to $169,000. Even with this slight increase, Flagler County is 15% below the statewide average. Historically, median home prices have increased a substantial 52.5% from 2002 through 2007 according to the National Association of Realtors. Their prediction is an eventual return to a historical average of 6%.

A key part of the decline in median homes prices has been foreclosures. In Flagler County 20% of the homes sold in January and February were bank-owned. As banks take possession of these homes they want to resell them as quickly as possible and the best way to do that is with low prices. While the low prices may make them attractive, foreclosed homes usually have not been properly maintained.

Statewide there were over 11,100 homes sold in February 2007. However, in February 2008 there were just over 8,300 homes sold. While home sales are down significantly from 2007, Flagler County/Palm Coast sales are up since the beginning of the year as are other markets in the state. Pending sales are outnumbering sales closed indicating that the market of listings is growing smaller each day. Recent data indicates that the number of unsold homes has decreased to less than 2,200.

Long-term mortgage rates, while historically low, are beginning to drift upward while short-term rates are declining. The Primary Mortgage Market Survey released last week by Freddie Mac indicated the average 30-year fixed-rate mortgage increased to 5.88% up from 5.85% the week before. Rates for a 15-year fixed-rate averaged 5.42% up from 5.34% the previous week. Adjustable rates mortgages, which had averaged 5.24% fell to 5.19% in the previous week as well.

Timing is everything when it comes to purchasing real estate. Savvy buyers know that you make money when you buy and buying at the right time is key. While market prices are low, the market is flooded with foreclosures and the number of listings is declining the signal may be this is the right opportunity to purchase. Why not take advantage of current mortgage rates in a location such as Flagler County/Palm Coast which has such potential for significant growth.

To receive more information from a leader in the retirement, second home/vacation home and investment property market, please call (847) 367-8773 or visit http://www.marianschafferrealty.com .

Send2Press(R) is the originating wire service for this story. 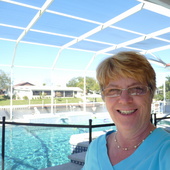