And The Winner is...Richard "Dickie" Simmons

On May 11th, 2016, Eastvale held a special city council meeting to elect a candidate that would replace Bill Link seat. A total of 10 candidates applied for the position. (Thank you all and a huge kudos to all that applied to serve our great community) After a long and intensive two hour interview, Richard "Dickie" Simmons was appointed to the council seat with a vote of 4-0.

Richard is going to be a great asset to Eastvale's city council. A long time proponent and activist for Eastvale since the 2010 Measure A cityhood campaign.  He took his seat on the same night he was elected and will fill the it until Nov 8th election. At that time, voters will select a permanent councilman to fill the remainder of the two years that was left vacant by Bill Link's resignation in March.

Richard Simmons, who is 67, served in the U.S. Marine Corp and is also a Vietnam veteran according to an article by Press-Enterprise. He served the Los Angeles Police Department for 3 decades and was also a board deputy for the Los Angeles County Supervisor Don Knabe until he retired this year.

And The Winner is...Richard "Dickie" Simmons 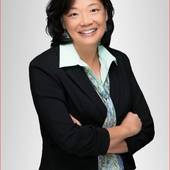