I’d never thought that I could repair a defective appliance – the major type like dryer or refrigerator.   However, it was amazingly easy.

A couple months ago, one of our tenants called and said that the dryer wasn’t working – the dryer turned on, but didn’t have any heat.  Ok – we visited our favorite local used appliance dealer and looked at some new used dryers.

In talking with the owner of the store, we described the problem.  He said that the problem most likely was a fuse.  He explained how to replace the fuse.

We thought “Why not? Let’s try to repair the dryer.”  After all, if it didn’t work, we could always come back and buy a new used dryer.

As it turned out it was as easy as the store owner had said.  All we had to do was take the back panel off of the dryer, unscrew and unplug the old fuse, and replace with the new fuse.  We put the panel back on, plugged it in and IT WORKED!  All for a $15 part.

The process was repeated this past week when the tenant called and said the refrigerator wasn’t keeping cool.  We trudged back to our favorite used appliance dealer intending to buy a new refrigerator.

We again spoke with the owner who said the problem sounded like a defective thermostat.  Another easy fix – just take off the back inside panel in the freezer, unplug the old part and plug in the new part…

Not quite so easy this time.  When we took the back panel off, the heater element was encased in a block of ice.  First we had to unthaw the ice with a hairdryer – slow going.

We found the part; however, it wasn’t a plug in part.  It was hard wired.  A quick conversation to the tech at the used appliance store said we could cut the wires and connect the new part with wire nuts.

So off to the local major DIY store to get wire nuts – we hadn’t planned on a “major” repair, just an unplug and plug in quick job.  All we had was a screw driver to take off the back panel.

Back at the rental, my husband was just finishing melting all of the ice.  A quick snip of the wires, a quick turn of the wire nuts and all was ready.

After everything was put back together, the refrigerator actually worked properly.  All for a $20 part (and a couple bucks for the wire nuts) and a couple hours of our time.  Not quite as easy as the first repair, but it worked.

I do need to caution that not all repairs are so easy.  When another tenant called a month ago and said that the washer stopped working (a big bang and some smoke ????) we just called the used appliance dealer and asked them to deliver a new washer.

We learned that asking questions can be very beneficial. While I don’t always recommend a DIY approach, sometimes it does work out best.  Just research your options. 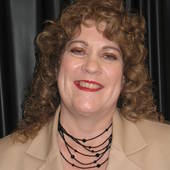