According to a recent report, the Social Security Administration sent nearly 380,000 checks overseas in December 2014.  That's almost a 2% increase from 2013, and this comes as no suprise.  These days, it's easier than ever to retire overseas.  With improving global infrastructure, more ways to stay connected to family and friends back home, and financial benefits like lower cost of living and better health care, it's no wonder that so many are considering retirement outside of the U.S.

Cities like San Miguel de Allende, Mexico and countries like Costa Rica are consistently ranking among the top places to retire abroad, but what are the real benefits?  Is it as easy as it sounds?  At Palms International we are doing a 2 part blog to help you explore your options for retiring overseas.  Let's start with a city named #1 City in the World by Conde Nast Traveler a few years back, a UNESCO World Heritage Site, and in our opinion, one of the best places to retire or own a home overseas.

A sophisticated city of about 80,000 people, nearly 10% of them expats and most speaking english as a first or second language, San Miguel de Allende is a charming town in Central Mexico characterized by cobblestone streets, a cathedral lined skyline, Spanish-colonial architecture, art, dining, and a community of well-traveled expats and cultured Mexicans. A far cry from the tourists filled beaches of Cabo, San Miguel is a combination of culture, prestige and affordability, of safety and spring-like weather year-round.  San Miguel de Allende bursts with old-warm charm yet features all the amenities of modern America. Retiring in San Miguel brings a low cost of living with an unparalleled quality of life.  Here, property values, while steadily climbing due to the city's growing list of accolades, are still affordable.  You can find modest home in Centro San Miguel starting around $250,000, and properties just outside the city limits afford you better prices and room to roam along Central Mexico's countryside (quickly becoming known as one of the most popular regions for wine in Mexico).

Centro, the heart of the city, makes life convenient and accessible. Here, you can walk nearly anywhere! A car really isn't necessary if you live in the city and buses and shuttle services are available in most areas outside of the city center.  Many expats have started business here, so integrating into the local community is easy, and most retirees find they are met with open arms.

Health care in Mexico is readily available and highly affordable, about half the cost of that in the U.S. and with many doctors trained in the states, the quality of care is also very good.

In San Miguel de Allende, you can retire well on a just a couple thousand dollars a month (some say less)!  In addition to properties for sale, many retirees enjoy renting long term to explore the city before settling down.

Explore the options for retiring in San Miguel de Allende!  You will be glad you did.  And, stay tuned for Part 2 of our Retirment Articles!  Next time, we'll take you to the sandy shores and rainforest dotted country of Costa Rica, where you'll find another one of the world's best places to retire overseas!

YES! Looking forward to your series. Depends what economies are like at that time, but hubby is from Brazil and he said we will retire anywhere like that, but not there ;)

Thanks for reading!  We hope you find Part 2 just as interesting and helpful.

Palms International Realty We are always interested in reading about alternate options for places to perhaps someday retire. Great post; Thanks! 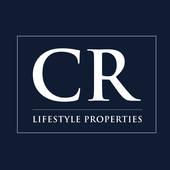