The History of Crowdfunding Part I

If you haven’t heard of Real Estate Crowdfunding  yet.  You’re going to.  It’s going to shake Real  Estate, Lending, and Securities to the core.   I’ve been on a journey for the last few months that has resulted in me becoming the foremost expert Real Estate Crowdfunding in the Seattle Area on the subject.  Funny thing is, I would have had that title the first time I was told what it is.  Because no one else really has any idea what it is.  Everyone has heard of kickstarter but not Real Estate Crowdfunding.  At least not in Seattle.  If asked tons of professional, friends, colleagues.  The best answer I received was “that’s poor man’s investing?” Just recently I learned Crowdfunding isn’t new in fact the first written and recorded crowdfund funded a business in 1606 and that business lasted 200 years.  That was the Dutch East India Company.

Then in 1792 Shortly after a big stock market crash The Buttonwood agreement was signed by a number of business men, to help prevent it from happening again.   That was the instrument that created the New York Stock Exchange.   After the Great Depression in 1933 laws were enacted that prohibited crowdfunding.  No advertising of stock of a private company, only accredited investors could buy private stock, and only a stock broker could sell stock.

So for a long time the Crowd that could invest was a small, and they had to actually physically walk into the building that was the NYSE to buy or sell securities.  Any communication had to by mail or verbal.  This cause a great deal of problems, such as companies hundreds of miles away going under, their stock still being sold.  Not a good thing. In 1870 a big technological advancement in communication burst on to the scene and that was the ticker tape.  You see the more communication you have the larger the crowd is.  The ticker tape machine lasted 100 years!  The stock market grew like crazy.  Everyone could buy stock.

Humans are social and like to communicate.  The telegraph was invented and quickly evolved into the telephone.  The Crowd got bigger still.

Entrepreneurs outside the US began crowdfunding utilizing the internet to research and buy crowdfunded securities.   There were several European crowdfunded offerings that business put together  that were very successful.  This was before kickstarter and go fund me.

The European use of Crowdfunds did not go unnoticed, and in 1997 the first successful instance of internet crowdfunding occurred, some fans funded an entire US tour for a British Rock Band.   The band interesting enough wasn’t involved, it was born and implemented by the fans themsel

Get Ready for a wild ride because history is being written right now, and this beast is just getting started.

Credit for the majority of historical information here is by my friend, guru, investor and mentor.  Gene Massey. 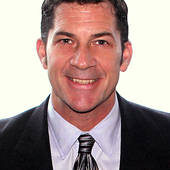