Whew, it's been a tough six months!  It kind of started on Thanksgiving when our makeshift, abrevriated turkey dinner (where I had the bright idea of trying out the roaster for the first time on T-Day... not good), was interrupted by a call from across the Country:  Mom's in the hospital - they don't think she's gonna make it this time.   And they were right   Grabbing a last minute fare, I was on the West Coast 14 hours later, joining in the family death watch - a ritual, if you haven't experienced it, that consists of family members who tend to bicker, hugging each other awkwardly, while reminiscing uncomfortably about times which were equally awkward and uncomfortable for us all in the first place

Fast forward six months later, my mother passed away - my father took ill a week later, and spent 2 months in a hospital undergoing hundreds of thousands of dollars of billable Medicare procedures to discover precisely nothing, then, after returning home, and being moved to a new senior independent living apartment community, because he couldn't face the emptiness of the home they'd shared,  gave up the ghost himself to join his bride of 67 years a few weeks ago.

I say this not to depress you - but rather, to relate this to you:  Through all of this - and each of us have, or will go through something like this - when it's all over, it isn't the bickering, the petty slights, the awkward silences, the screaming matches and words you wish you could take back that endures.  Rather, the things that last, the things we take away, are our shared smiles, the memories of the times we laughed till we cried...that silly joke... the humor that got  us through the fire, and the kindness of those who - often, unexpectedly, come forward and touch our lives with their compassion and acts of friendship at our lowest moments.   For these things, including my hardships that served to bring forward these acts, memories and treasures - I am grateful.

One might ask one's self, how come that crummy story about somebody who did you wrong is told for a short while, kicked around, then forgotten, and yet, that same ol' "knock, knock" joke has survived since you, yourself, were knee high to a bull-frog, and generations later, your own grandkids are repeating it??  The answer is simple - it is kindness, good humor and love that endures.  Not anger, not resentment, not bitterness.   All but love, compassion and humor is merely noisy nonsense.   Remember that, the next time you want to bang your head into a wall over an escrow.  Keep that in mind the next time you want to curse that inconsiderate jack-ass who cut you off in traffic - keep a smile on your face, a good joke in your pocket, and a song in your heart that reminds you of a good time you once enjoyed, and you'll be just fine.  These are the things that matter.  Everything else is but a fleeting noise, a banging drum without a band, in the darkness.

Which reminds me of my latest favorite saying:  Gettin' up?  Na'maste...in bed.   Sweet dreams my friends.

Good morning Jeri. You are so right about what matters and what is just noise. Sorry for your losses but glad you had your parents as long as you did. Knock, knock...who's there.....You are: stronger and smarter than ever.

Thank you Sheila! I appreciate that.

Hi Jeri, Thanks for sharing and glad I caught this on the reblog from Sheila.

Good morning Jeri.  Sheila Anderson re-blogged this and I did enjoy it so much.  thanks for posting

Thank you very much for sharing your experience.

Thank you Roy - and you also!

I'm so glad that Sheila Anderson let us know about this post.  Life can certainly put you in a choke hold sometimes, but you are right, the postive moments are the ones that we remember.

Thank you Chris - glad you enjoyed it!

Hi Jeri - I'm glad Sheila Anderson re-blogged your post. I now have "it is kindness, good humor and love that endures" etched in my mind. Thanks for sharing your wisdom with us.

You are Welcome! Thank  you Lottie

Hi Jeri- I came over from Sheila Anderson reblog.  So sorry for the losses you've endured but thank you for being an inspiration for anyone who has or is going through a hard time of their own.  Think of the blessings you have.

Thank you Kathy! I think the most heartwarming thing we can do from time to time, is to remember that we are all in this together.

Jeri, thanks to our friend Sheila Anderson  re-bloging your post I am here... sadly I have been in your shoes a few years ago... I still miss my parents and the biggest void is when we have a question and we can not ask them anymore.... Indeed we need to be grateful and I am for the time I/we had with them....Endre

Thanks for sharing that Endre!

It is so true, dear:

All but love, compassion and humor is merely noisy nonsense.

Hi Jeri.  I love this sentiment so thanks for sharing it with us.

You're welcome Gabe - thank you for taking the time to read it!

Hi Jeri - Sheila Anderson led me to your post and glad she did.  What really matters is the love and laughs.  The are many times I wish my parents were here to share a fun moment.

Agreed!  Today would be my mother's birthday - We should appreciate each moment we have with our loved ones, they are so fleeting!

Hi Jeri Creson I came over from a link by Sheila Anderson - I just watched the Bucket List last night for our movie group this Saturday.  On the list is "Laugh until you cry".  The best medicine in the world is humor, and a support system of loved ones.

You are absolutely right! Best medicine in the world - Thanks for taking the time to  read my blog post Sheri! 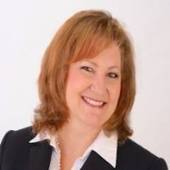