Karma: the sum of a person's actions in this and previous states of existence, viewed as deciding their fate in future existences. I listed a home that attracted a married couple who wanted a larger home. They came through my open house. I showed them the house a second time and I pointed out many of the upgrades that set the house apart from the other homes in that development. I spent a lot of time with them, talking them through the process involved in buying a house starting with getting preapproved.

They seemed to like what I had to say, and asked if I would represent them in buying the house. I agreed to help. We discussed the price and terms of the agreement.

Just as they were about to sign the offer....

The woman's sister,  a realtor in another city, intervened and insisted that she represent and write the offer for them (i.e., she wants the commission). The couple didn't want a family fight and relented. I didn't push it since I also wanted to keep peace in the family.

Because the sister is out-of-town, I essentially handled the transaction inspections and details beginning to end. She never even stepped foot in the property.

Then a couple of months ago....

The couple called me up and asked to meet because they want to sell the house.  I asked about the sister's involvement. This time, they told me not to worry about it, and that they want me to be their agent. Oh, happy day!

I project managed the process. I guided them through paring down ther possessions, hired a crew to clean/repair/replace/paint, provided partial staging, even planted some flowers in the courtyard, hired professional photographer, provided high-end printed marketing materials --- the whole nine yards --- at my expense, in return for a higher compensation rate.

A day after I posted the listing on the MLS, I received a call from a buyer who said he is very interested in the house and that he was ready to write an offer, higher than list price (in our market, this is practically the norm).  I told the sellers about his interest. They were eager to accept. I advised them that we need to have at least one open house. At the open house, the buyer came with his family and immediately asked me to help him write the offer. And no, he doesn't have a realtor.  Sellers said do it!

To make a long story short: I double-ended the transaction and have happy clients on both sides.

That's a wonderful story, even despite the greedy sister who intervened. Glad to hear it worked out well for your clients! At least she did not ask you for a referral for the listing!

Good job (Karma) Pacita. You are always a Professional!

Good morning Pacita. I am happy for you but don't understand why, after you were thrown away, you continued to be involved.

Sheila --- after I was "thrown away" I had to stay involved because it was my listing. I had to take care of my sellers and to do that, I had to make sure nothing falls through the cracks.  Maybe that's what the current sellers (who were the buyers at that time) made them think of me when it was their turn to sell.

Thanks for a great post about how what looks like a loss can turn into a big win! 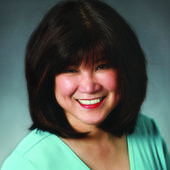