I just watched the new episode of Jon and Kate Plus Eight last night.  For those of you that have never seen the show, give it a try!  It is a hilarious reality show about a couple named Jon and Kate and their eight children (twins and sextuplets).  Jon and Kate were invited with the kids to be guests on the Oprah show.  So my two favorite TV shows were combined - and I missed the Oprah episode!!!  Does anyone know when the episode aired?  I keep calling the Oprah hot-line each month trying to get tickets and this would have been the perfect taping for me to attend:(  Hopefully next time I call I will get through and score some tickets!!!!

Also, did anyone see Oprah's update on past guests?  There was a segment regarding puppy mills and mistreated animals and I was in tears watching this.  I would like to encourage anyone thinking of getting a cat or dog to visit your local shelter a rescue a animal in need!! 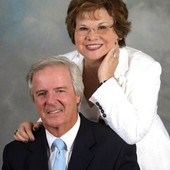 OPEN HOUSE SUNDAY, SEPTEMBER 15TH, 1-3 PM AT 95 KENT DRIVE, CORTLANDT MANOR - JOIN US AND PREVIEW THIS LARGE, BRIGHT, AND BEAUTIFUL COLONIAL IN THE PRESTIGIOUS STONEGATE DEVELOPMENT - FROM INVITING FRONT PORCH TO AN ENTERTAINER'S DELIGHTFUL BACKYARD -PRIVATE WITH LARGE INGROUND POOL YOU WILL LOVE THIS ONE - YOUR WISHLIST HOUSE.