I don't own a gun so the whole argument of gun control doesn't directly impact me and I'm not really all that passionate about either side of the argument. Even still, I can't understand how NOT allowing good people to have, own, or even carry a gun will somehow translate into the bad guys not packing anymore. There are already 500 million guns on the street in America by last estimates. How does outlawing anything stop criminals from breaking the law anyway?

I believe if you OUTLAW GUNS you will create a RED HOT blackmarket for guns and that possibly enriches thousands of criminals that would begin gun running from state to state as well as across our borders. Remember prohibition? That created a super wealthy mob featuring Al Capone.

It also seems that a part of the U.S. population doesn't want to face the facts about the "human condition". There are some really mean, sick, and fanatical people out there in the world. Outlawing any one weapon won't change that fact. Are home made bombs legal? How's that law working out? (Remember T. McVeigh - Oklahoma) Wouldn't a resolute fanatic simply change weapons if one particular type of weapon were now unavailable?

Ideaology is the enemy. In this case it's radical Islam. Outlawing stuff WILL NOT protect the left anymore than the right. Enhanced background checks and wait periods, well, that's another argument all together and likely worth having.‪#‎GetTogetherAmerica‬

Hi Jack Solloway .     I'm not a big gun person either.  It is concerning if they take away our rights to carry a gun, the bad guys will be the only ones with guns.    It's very sad to see all the shootings on the news

I hope your having a good week, take care 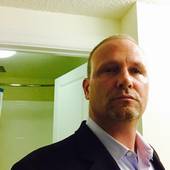