FrontRunner commuter rail from Salt Lake City to Ogden. There are stops in Bountiful, Farmington, Layton(where I started), Clearfield, Roy and Ogden. The stop in Pleasant View will be open at a later date.

There were FREE public rides that begun at every station at approximately 2 p.m. and continued all day Monday, April 28, through Wednesday, April 30. Regular ticketed service begins on Thursday, May 1. She looks sweet!! Huh! There is a double deck of seats and some of them have tables. There is internet capability. But really from Layton the ride only took 30 min into SLC. Remember Dan Nix from this mornings post??? He was there. Weird. I spoke loudly across the people between us. "I blogged about you today!!!" He said "You did?" "Yes" I said "Google me." That doesn't sound good either. Dan is a great agent. It was fun to be in his office.

I am excited that we now have a transit system into the city. Hopefully it will cut down on traffic tremendously. I know I will want to take Front Runner to go shopping and to go to Jazz Games. Go Jazz!!!

The train was full coming and going. Hopefully it is a sign of what is to come. I had no idea it opened. I wonder how its doing.  I cant wait for trax to come in by my neighborhood in 2010.  We will have a great system for transportation. I feel like we are behind the big cities.  This is cool. 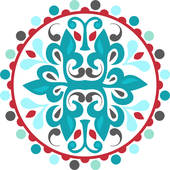