As a NJ fire damage company, SERVPRO of Jackson/Lacey understands the need to return a customer’s home to pre-fire condition quickly.  We also know from customer feedback, that our team is professional, courteous, and very knowledgeable.  Our customers feel very comfortable with the owners and technicians, often developing relationships long after their home is restored.

So you have a fire in your home and there is some smoke damage.  At first you might this doesn’t look that bad, maybe we can clean it up ourselves.  Then you call your insurance company and they recommend using a restoration company like SERVPRO.  That’s when we show up.  We do an initial walk through of your home and explain the fire restoration process.

And what am I getting at? Well during the initial walk through lots of questions are asked and answered.  Sometimes questions like how long will this take? Or maybe, what happens to all of my contents?  But there are common misconceptions about fire and smoke damage we would like to answer.

1.     Look at all the cobwebs; I just cleaned my house yesterday.

Smoke and soot residues are a common effect of fire even the smallest of fires.  Not all soot is the same, some soot is easy to cleanup and others are extremely hard to clean.  As combustion takes place, the burning material is actually breaking own and combining with oxygen while heat is given off.  Fuel, oxygen and heat are 3 components that have to be present for combustion to happen.

This charge is present in many synthetic fibers and plastics in general. A synthetic lampshade will frequently attract noticeable concentrations of residue, while a silk or paper shade sitting next to it remains unaffected. A plastic dry-cleaning bag covering clothes also attracts more residues than an unprotected cotton dress hanging beside it.

Due to ionization, you may see smoke webs on surfaces in a structure. Residues (such as from burning plastics or the soot from some furnace disorders) may form long chains of ionized smoke particles that assemble in corners or at junctions of walls and ceilings. Smoke webs look exactly like cobwebs, but homeowners are happy to learn they are actually smoke webs. Ionized smoke particles cluster on metal surfaces just as metal filings cluster on a magnet. Through magnetism, charged smoke particles are attracted to metal surfaces such as plumbing pipes and coat hangers. Nail heads that are invisible beneath drywall become clearly outlined by smoke because their magnetic attraction remains effective despite the covering of paint and plaster. This is often referred to as nail pops, but the statement is misleading since the nails are still in place; it just looks like they have come to the surface. As the temperature of air rises, the pressure that air exerts on surfaces increases. To be precise, as the air temperature increases by 10°F, the pressure increases and the volume of the air doubles. This means that the hotter the fire, the harder smoke is forced against surfaces. This explains the concept of driven smoke and free floating smoke.

Hot smoke moves by pressurized air with force and is, therefore, called driven smoke. As hot smoke collides with surfaces, it deposits residues and is the cause for soot residues on vertical surfaces.

Cold smoke was once hot and pressurized, but lost its force as it cooled. Cold smoke is called free floating smoke because it floats through the building until gravity causes it to settle on horizontal surfaces.

Smoke can work its way around some obstructions. Rooms that were closed off may have surprising concentrations of residue. Remember: Closed doors cannot stop smoke! You may notice heavy residue concentrations under or around closed doors, around cracks, and around the edges of carpets. As smoke flows around and through cracks, it deposits heavier residue concentrations. Generally, smoke concentrations will be present on the far side of door openings and ceilings immediately above them. Also, drawer interiors and other seemingly inaccessible areas can attract smoke.

Some areas of a building’s space actually provide shortcuts that carry smoke to areas that otherwise might have received little or no residue. For example, air currents may flow within the HVAC ductwork even if the blower is not operating. If forced air heat or air conditioning is operating, air returns, registers, and walls and ceilings near them will show a greater concentration of residue. Again referring to #3, Convection refers to heat being transferred through air movement. Hot air rises because it is not as dense as cold air. As it rises, it displaces cooler air, which flows downwards. As a fire continues to burn, it pulls in the cooler air at lower levels and heats it. This air rises and forces the air near the ceiling to flow downwards. As long as the fire burns, this pattern continues, resulting in a constant movement and circulation of air in a building or room. These are convection currents.

You probably learned as a child to drop to the floor if ever caught in a smoky room. The reason is hot air rises (which means smoke also rises). Smoke continues upwards until stopped by the ceiling. The greatest concentration of smoke residues will be on the ceiling immediately above the fire area, unless strong opposing air currents were present.

Smoke moves into adjacent rooms as the upper portion of the room fills to the doorways. Still hotter than the surrounding air, the smoke stays near ceilings and continues to migrate towards upper levels of the home, depositing smoke residues as it travels.

Heat lines may be visible in rooms where the fire was very hot. Above the heat line, residues are more difficult to remove because heat opens up pores in surfaces allowing deeper penetration (heat makes materials expand). Aerosols and residues can be literally baked on.

Some areas in a building receive more smoke residues than other areas due to the airflow pattern through the building. The cavity above a suspended ceiling may also serve as an air return and have heavier smoke deposits than the finished ceiling beneath. This cavity can also spread residues to a wider area of the building. Since air tends to flow in smooth curves, it bypasses sharp angles and shallow cavities. Corners formed by the junctions of ceilings and walls receive less smoke than adjacent areas.

Generally, smoke residues are less concentrated in building areas farther from the source of the fire. The longer a fire continues, however, the more evenly distributed smoke will become throughout the structure. As long as the fire continues to heat the air, circulation patterns are created by hot air rising and when cool air is falling.  All the air in a building will eventually become involved in this circulation, even air in basements and lower levels.

These are just some fire damage facts that you should be aware of if you ever encounter this problem.  Always ask your restoration contractor questions and keep asking them till you feel comfortable with them.  Remember it is your decision which company you choose to restore your home.

If you need more information about fire damage in your home. Contact SERVPRO of Jackson/Lacey today (732) 323-0135

Some of this I knew and much of it I didn't. Thank you for expanding my knowledge Robert, good post!

Robert, this is a great post. I could definitely see a homeowner asking some of these questions after a fire. One of our rentals actually ended up burning down and I know we had a ton of questions.

We just wrote an article about selling a fire damaged home and I think it goes along well with your article. You can check it out here: https://www.nexushomebuyers.com/blog/selling-a-house-with-fire-damage/ 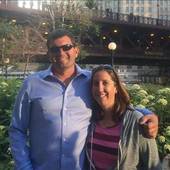