During an election season, candidates are often criticized for making a higher income but in turn paying less in income tax. Although this may appear to be unfair, taxpayers are allowed the option to arrange their affairs so they can lessen the amount of taxes they pay.

The salaries, wages and commissions we make, as well as dividends and interest are taxed at regular income tax rates which range from 10% to 39.6% depending on your income level. In contrast, capital gains rates on property you hold longer than 12 months is taxed at a much lower rate which ranges from 0% to 20%. Taxpayers that are in the 25-35% bracket will pay LTCG (long-term capital gains) rates of 15%. CONTINUE READING--->

Thanks for the tax tip.

Jun 24, 2016 11:19 PM
LIKE
#1
You must sign in or register to leave a comment
Login Register
Show All Comments
Older Post Newer Post
Back to Top
Generate More Leads from this Listing
With a Trulia Pro Account
Learn More
Find what you need?
See More Blog PostsAbout Real Estate! SEE MORE NOW!
Rainer
54,651 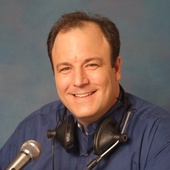