They did it!  The British voted to exit the European Union (aka Brexit), which many experts predicted was unlikely.  What they also predicted is that if Great Britain did vote to leave, it would throw the global economy into a tailspin and cause stocks to plummet.  And that is exactly what we saw happen in the wee hours of this morning in light of the news the British voted 51.9% to 48.1% to leave the EU.

Ironically, what this m

eans for us in the mortgage business is that such negative news has had a very positive effect on the bond market and, hence, mortgage interest rates.  Rates have, indeed, already decreased.  How much further will they decrease, and how long will the lowering trend continue?  Ah!  The million dollar question.

What I am reading is that markets move faster than fundamentals, especially when fears and uncertainty are rising, as they are now in light of the Brexit vote.  It could take up to two years for Brittain to make its final exist from the EU.  In the meantime, its global ties and business will carry on mostly unchanged.  So, in the longrun, we should see a correction and then an improvement in the economy.  Let's hope, anyway.

In the meantime, if you have a pending home loan application and can do so, I'd say take advantage of this "disaster" and lock your interest rate ASAP! 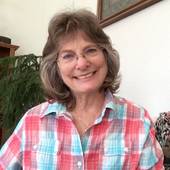