Clarksville has been known by many names. Over the last 30 years it has been called the Queen City, Gateway to the South and most recently Tennessee's Top Spot. The town was incorporated in 1807 and sits on the banks of the Cumberland River. It is a historic town and played a big part in the Civil War. History can be found around many corners.

For decades farming and agriculture were the mainstays of the economy until Camp Campbell, the first name for Fort Campbell starting building. Now it is one of the largest military bases in the country and a major employer of Clarksville/Montgomery County.

Clarksville is the 2nd fastest growing city in the Tennessee. The population in 2014 was estimated at over 146,000 but is steadily growing. Some estimates speculate that it will reach 200,000 by the early 2020's. There is a mixture of farmland, residential developments, small business and industry throughout the city. Clarksville has dozens of city parks and recreational areas. New businesses and restaurants are popping up all over town.

The city is spread over 94.9 square miles and is located about 35 miles Northwest of Nashville. Clarksville is quickly becoming a bedroom community to the Greater Nashville area because of the more affordability of housing. The average home sale price last year was in the mid $160,000's. This would be representative of a 3 bedroom 2 bath home with a 2-car garage.

The Clarksville Montgomery School System services the entire county under one system. The growth in population has required the building of a new school about every 2 years. Clarksville is also home to Austin Peay State University, a liberal arts university with undergraduate and graduate programs.

The weather gives use 4 distinct seasons with annual high temperatures of 70.2 and annual lows of 48F according to USClimateData.com. This makes for pleasant year-round living and makes enjoying of the seasons a pure delight. As for quality of living, Clarksville has one of the best locations situated between Land Between the Lakes and Nashville. Locally there are over 30 parks and plenty of recreational activities centered around the Cumberland River. The cost of living is affordable with no State income tax.

Many people decide to retire in Clarksville because the people are friendly and the services offered to the citizens are comprehensive. The continued growth shows that the word is getting out that Clarksville TN is the place to be.

If you are interested in Clarksville, give me a call, Debbie Reynolds at 931-320-6730 or check out my website.

Debbie this is very interesting facts about Clarksville. It is easy to see you love where you live.

Clarksville is quite a city, so many reasons to visit, but most importantly for me would be to visit The Real Debbie.

Debbie Reynolds - So many great thing to love about being in Clarksville, TN.

Good morning Debbie. You are a wonderful ambassador for Clarksville. Appreciate you sharing the facts with us.

Debbie, great info on Clarksville, TN. Wow, large town area-wise too! The photos are beautiful, the downtown area you shot looks like a fun place to walk too.

Thank you for sharing the fun facts about Clarksville. I love the post.

Thanks Debbie.  Great information to know about Clarksville TN.

Thanks for sharing some of the Clarksville facts.

Good Morning Debbie - Your certainly have reason to be proud of Clarksville, TN.  The is lots going on there.

Debbie, I love your idea for this post. Great information about Clarksville and shows just how much you love your city.

Good morning Debbie, this is a nice overview of Clarksville TN. Your love for the area shines through your post.

Clarksville Tennessee is a great area of the county to live it. 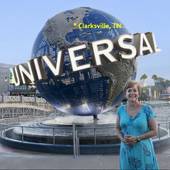